It will be a very tense build-up to November 20. Thanathorn Juangroongruangkit has taken his gloves off as he awaits a verdict that will not only determine his future but also dictate the political course of Thailand. Just like the conclusion of Thaksin Shinawatra’s “hidden share” scandal in 2001, how Thanathorn’s media share controversy ends in the Constitution Court will be the beginning of a great many things.

The similarities are staggering. Both cases involve mysterious share “transfers”. Rising
political stars have had their integrity questioned in both incidents. Thaksin proclaimed an
“honest mistake” whereas Thanathorn, insisting that he did everything in accordance with
the laws, may yet have to lean on the same excuse if all else fails. Both men have large
followings who regard the cases against them as conspiracies. Last but not least, the political
future of the country is at stake no matter what the verdict is.

The differences are noticeable as well. Thaksin was prime minister while Thanathorn is in
the opposition bloc and has had his MP status suspended. Thaksin choked in court but
apparently-testy Thanathorn have lashed out at the judges, the Election Commission and
even Thaksin himself. One side of a divided Thailand was united behind Thaksin, but
Thanathorn will be struggling to convince his biggest ally, the Pheu Thai Party, that he is not
trying to get off the hook at its expense.

Just a few days ago, Thanathorn told the Constitution Court that he was not like Thaksin,
who had a baggage of conflicts of interests and who had surrounded himself politically with
his own people. The Future Forward Party leader had to apologize to Pheu Thai afterwards,
saying he only meant to say, under pressure, that he was trying to set a good political
standard. Through gritted teeth, Pheu Thai accepted the apology, but how the two parties’
partnership will be doing from now on, particularly with the Bangkok gubernatorial election
drawing near, is a lot more interesting. Certain members of the Pheu Thai Party just stopped
short of cheering publicly when Future Forward lost the Nakhon Pathom by-election on
October 23.

Potential trouble with Pheu Thai, though, is a political matter. It’s probably worse for
Thanathorn when legal matters are concerned. Not to mention his belligerent attitude
during his trial, he faces a court scrutiny into action that occurred between recently and not
so long ago. In 2001, Thaksin was implicated in something that had taken place in a more
distant past, giving weight to the Shinawatras’ “conspiracy” claims.

Thanathorn insisted he transferred all his V-Luck Media shares to his mother on January 8 to
make himself eligible for election candidacy registration. He has a company document to
back it, but the Constitution Court will have to weigh that against a government document
which stated that the authorities recorded the transfer after he registered as an election
candidate. The court will also consider the fact that Thanathorn put the Bt6.75 million
check given by his mother in the bank on May 16, more than four months after he had
transferred his shares to her.

His defence was adamant that V-Luck Media was going down, and that its “media business”
was trivial. His accusers have tried to rebut that with the company’s own “income” details
submitted to the authorities. Those details deal with what the firm gained from media-
related operations.

There was also suspicion about authenticity of Thanathorn’s January 8 share transfer
document, given the fact that he was in Buri Ram on that day and there was no record of
him taking any airplane flight. He told the court he chose to travel back to Bangkok by his
personal van, which would take almost an equal amount of time as a commercial airline
and would allow him to sleep or rest better.

Future Forward has dominated headlines portraying it as the prime minister’s number 1
enemy. Those news reports will not have counted much in the event of a court decision
favouring Thanathorn. If November 20, when the Constitution Court is scheduled to rule on
Thanathorn, turns out to be a bad day for him, Thanathorn’s unorthodoxy, popularity and
apparently strong foreign connections can turn the suspense being felt right now into
something far more worrisome. 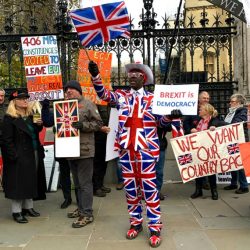