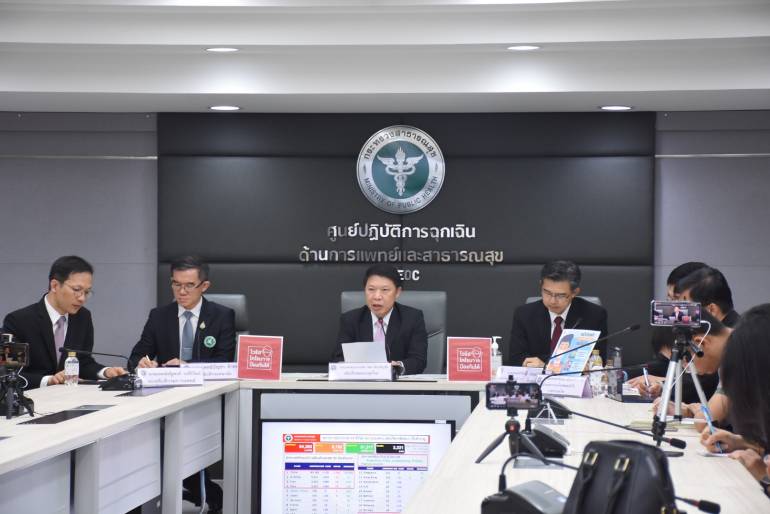 Thailand’s Ministry of Public Health reported four new COVID-19 cases today, two Thais, one Italian and a Chinese, bringing the total number of infections in the country to 47.

The patients include a 42-year Thai old office worker, who returned from Italy on March 2nd. Another is a 20-year old Thai student who returned from Iran on February 27th and was admitted to hospital in Nakhon Si Thammarat after suffering a fever and runny nose.

The Italian is a 29-year old office worker, who arrived in Thailand from Italy on March 1st and checked in to a hospital in Chon Buri after developing symptoms.

The Chinese patient is a 22-year old man who was transiting in Thailand on March 1st. He was found to have a fever and runny nose and was immediately sent to Bamrasnaradura Infectious Disease Institute for treatment.

Public health officials in the eight eastern provinces of Chon Buri, Trat, Chanthaburi, Rayong, Sa Kaew, Prachin Buri, Chachoengsao and Samut Prakan met today to discuss measures to cope with the possible spread of COVID-19, in a region thought to be particularly vulnerable due its numerous border crossing points with Cambodia.

About 500,000 people from both countries are reported to have crossed the border in Trat and Sa Kaew provinces during January and February. This has overwhelmed health officials, who are seeking additional manpower from the border patrol police.

Additionally, there are tourists from cruise ships, which normally dock at Laem Chabang deep-sea port, who use Suvarnabhumi and U-Tapao international airports for their journeys home and an unspecified number of migrant workers employed by factories in Samut Prakan province.

Meanwhile, Supreme Commander Gen Pornpipat Benyasri announced today that the three armed forces are ready to offer facilities to accommodate people with symptoms and Thai workers returning from South Korea for the mandatory 14-day quarantine, adding that the military is also ready to support companies producing face masks if they are short of labour.

How Prayut government finds itself in a state of flux