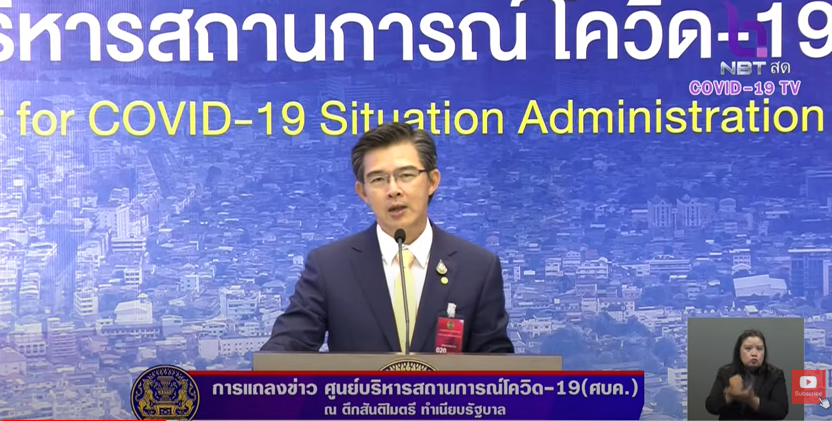 Four of the seven infections are students, who arrived in Thailand on Friday and tested positive for COVID-19 at Suvarnabhumi international airport. They were all sent to a hospital in Samut Prakan for treatment.

Two others, a 64-year old Thai woman, who worked as a housemaid, and a 66-year old male retiree, arrived from the United States on July 11th and entered state quarantine in Bangkok. Four days later they tested positive and were hospitalized.

The other case is a 35-year old Thai women, who returned from Bahrain on July 12th and entered state quarantine in Chon Buri province. Asymptomatic, she tested positive on July 16th.

Dr. Taweesin disclosed that, so far, 5,026 people in Rayong province have taken swab tests and 3,756 have been cleared of the virus, with the results of the rest still pending.
In Bangkok, 364 people, who were, or suspected they might have been in close contact with the family of a Sudanese diplomat at a condominium in Sukhumvit area, all tested negative for the virus.

Dr. Taweesin said that 19 people, considered to be at “high risk”, relating to the Egyptian and Sudanese cases, have been isolated in state quarantine.

He said that the CCSA has explained to all provinces that people, who were in Rayong during the visit of the Egyptian military mission last week and have returned to their home provinces, need not be quarantined.

He added that the Rayong case could be used as a model for COVID-19 learning and management for the other provinces.

Foreign migrant workers from Myanmar, Laos and Cambodia, who come to Thailand to work in the construction and food industries, must have health certificates and health coverage provided by their employers. They must also be quarantined at their work places and be traceable through a tracing application.

Trump says he will not consider a national mask mandate