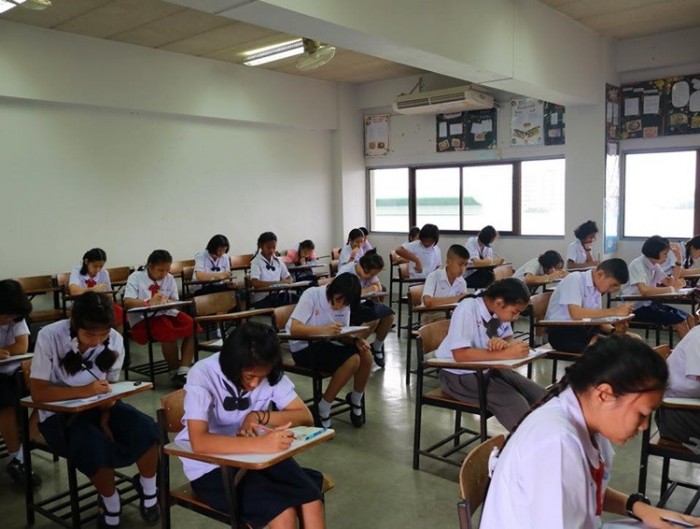 Thailand’s English proficiency ranking among non-native English speaking countries has dropped for the third consecutive year to 74th out of a total of 100 countries.

According to the EF English Proficiency Index 2019, prepared by Swiss-based Education First, Thailand scored 47.62, which is regarded as very low proficiency.

The latest ranking has placed Thailand the third lowest among countries in Southeast Asia for English proficiency, behind Vietnam and Indonesia, which were ranked 52nd and 61st respectively.

Myanmar and Cambodia were classified in the very low proficiency group, ranking the 86th and 94th places respectively.

Among ASEAN countries, Singapore came top with the highest level of English proficiency and was 5th in the world among non-native English speaking countries with a score of 66.82, followed by the Philippines and Malaysia, which were placed in the high English proficiency group.

Region wise, people in Thailand’s central and northern regions have a higher proficiency than their compatriots in the Northeast and the South, with Bangkok the most proficient in English, followed by Nonthaburi, Chiang Mai, Chon Buri and Khon Kaen.

An executive summary of the EF English Proficiency Index 2019 report noted that both Thailand and Cambodia, which rely on tourism as a major income earner, may be negatively impacted by their low English proficiency, as tourists switch to other destinations due to the language barrier.

The index was based on assessments of English tests taken by 2.3 million people conducted by Education First, an international education company offering study abroad, language learning, cultural exchange and academic programs around the world.

Reform of the Thai education system is considered an important and urgent policy for every Education Minister. The ongoing changes have been very slow, and results disappointing.

“If I were in power, I would change the way we teach. We should focus more on listening and speaking, grammar should be an additional subject. Learning English should be fun and entertaining” said Kanatip Soonthornrak, or Kru Loukgolf (Teacher Loukgolf), a celebrity English tutor and a Founder and Director of Angkriz, English Language Academy.

He was like a majority of Thai students from rural areas, who can read and write English quite well, but was unable to communicate in the language verbally. He realized that there was something wrong with the way he had learned English. “Because I wanted to listen and speak English, I sat down in front of a television watching Western series, and copied how the native speakers spoke.”

When asked what he considers the main obstacle to learning English, Kru Loukgolf says “There are several factors. Though, I think an environment which doesn’t encourage students to learn English is the most important. If children don’t feel safe or their friends make jokes at their expense when they speak English, they feel discouraged from learning the language”. He added that students should realize how essential English is for their future. Once they understand the necessity, they will become motivated.

“First impressions are crucial. Children should maintain a good attitude towards learning English,” he said. 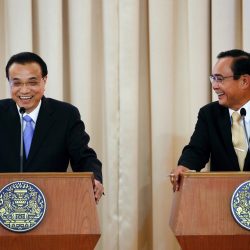