In a media statement, released on Friday (June 14th), Thailand’s Ministry of Foreign Affairs reported that the country is among four from the Asia-Pacific group elected by the United Nations General Assembly (UNGA) to the United Nations Economic and Social Council (ECOSOC).

The three other countries are China, Bangladesh and South Korea. Thailand received 186 votes, ranking it first among the candidates in the Asia-Pacific group. The 54-member body is one of the six principal UN organisations and is the central forum for discussion of international economic and social issues and policies.

The UNGA elects the ECOSOC members yearly to overlapping 3-year terms. Countries from Asia and the Pacific Region are given a quota of 11 out of the 54 council memberships. The last period during which Thailand served on the ECOSOC was 2005-2007.

“Being elected as one of 54 ECOSOC members provides a great opportunity for Thailand to work with other countries to promote an inclusive ECOSOC, to advance the 2030 Agenda for Sustainable Development that leaves no one behind,” read the statement.

According to the media release, Thailand hopes, through the ECOSOC, to participate in the formulation of development policy and share its best practices on sustainable development, particularly the achievement of development goals through the implementation of the Sufficiency Economy Philosophy (SEP) and the development of Science, Technology and Innovation (STI), as well as the maximization of the contributions from the UN Development System (UNDS). 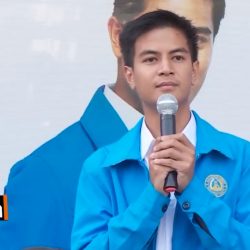 In his view: former MP candidate of the Democrat party Parit Wacharasindhu