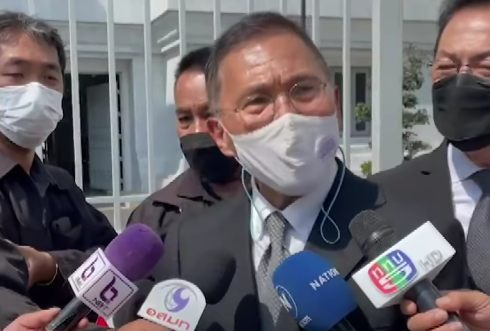 A judicial panel of the Supreme Court Criminal Division for Persons Holding Political Positions upheld the 99-year prison term today (Friday), which was imposed on former minister of Social Development and Human Security Watana Muangsook after he was found guilty of malfeasance in office and ten other offences in connection with the Eua-Arthorn housing project about 16 years ago.

He will, however, only serve 50 years, the longest period allowed under Thai law.

Before the reading of the decision, which took almost three hours, Watana said he would not run away to fight the case to the end.

The case dates back to just after the coup on September 19th, 2006, which was led by then army commander-in-chief General Sonthi Boonyaratglin to topple the government of Prime Minister Thaksin Shinawatra.

The junta, officially known as the Council for Democratic Reform, set up a panel to investigate all the multi-billion-baht projects undertaken by the Thaksin government, which were alleged to involve corruption. One of the projects was the National Housing Authority’s (NHA) Eua-Arthorn housing project for low-income earners.

The investigating committee’s findings implicated 14 people, many of them staff of the President Agri Trading Company, which was also implicated in the infamous rice pledging scandal of the government of Prime Minister Yingluck Shinawatra. Among others charged were former Thai Rak Thai MP Arisman Pongruangrong, and a senior NHA official.

Former owner of President Agri Trading Apichart Chansakulporn, aka “Sia Piang”, who used to be closely associated with Thaksin, was given 66 years, also reduced to 50.  Three employees of the company were sentenced to 20, 32 and 44 years respectively. Arisman was sentenced to 4 years in prison.

Apichart is currently serving a 40-year prison term in connection with the rice pledging scandal. His sentence has, however, been reduced to 6 years as a result of two royal pardons.

14 people were prosecuted and, on September 24th, 2020, the court convicted 7, sentencing them to prison terms ranging from 4 to 50 years. Watana was out on bail.

The court also ordered the confiscation of the assets of those convicted, worth an estimated 3.18 billion baht, including 89 million baht’s worth from Watana.

The contract for the housing project, with plans to construct affordable housing for up to 600,000 low-income earners, was awarded to President Agri Trading, a major rice exporter in Thailand, by the NHA, but it later subcontracted the project to a property developer.

Several units were sold, followed by complaints from many buyers about the poor quality of the houses, which were found to have leaky roofs, cracked walls and a poor drainage system.

There were also complaints from the buyers that several unsold units were rented out to illegal migrant workers.

64-year-old Watana was a lawyer before he joined politics. In 2019, he was appointed as an advisor to the National Anti-Corruption Commission. He left Pheu Thai Party in late 2020 MP to join the Thai Sang Thai led by former Pheu Thai’s chief strategist, Khunying Sudarat Keyuraphan. 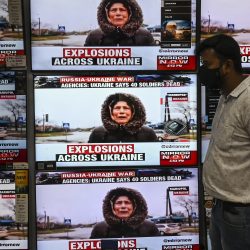