Thai statesman General Prem dies at the age of 98 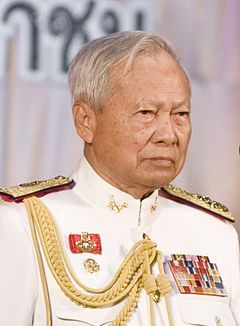 President of the Privy Council General Prem Tinsulanonda died this morning of heart failure at Phra Mongkut hospital.  He was 98 years old.

General Prem was rushed to hospital from his Sisao Thewet residence by a military aide at about 5am for emergency treatment, but he was pronounced dead at around 9am.

Born in Thailand’s southern province of Songkhla on August 26th, 1920, General Prem was the seventh of eight siblings of the Tinsulanonda family.

General Prem was Thailand’s 16th prime minister and served three terms between 1980 and 1988.

On May 1st this year, General Prem signed as a witness on the marriage certificate of HM the King and HM Queen Suthida.

One of General Prem’s best known acts was Prime Minister’s Order 66/23, issued on April 23rd, 1980, which set the ground work for a pacification policy to win over the communist insurgents in Thailand through peaceful means.

This ultimately led to the mass defection by insurgents, including many former student activists who had fled to the jungle after the “October 6th” bloody crackdown in 1976, and the eventual collapse of the Communist Party of Thailand.

Although having retired from military service over three decades ago, General Prem still commanded great respect among the military top brass, who regularly showed up on his birthday to wish him well and to receive his blessing.

Due to poor health, his last birthday meeting with the top brass and cabinet ministers was two years ago on August 24th.

At his last birthday meeting with Prime Minister Prayut Chan-ocha and his ministers, General Prem advised the Prime Minister to do the best he could for the country and not worry too much about criticism of his administration.

He said he thought the Thai people understood what the government had done for them.

General Prem said at the time that the friendship between him and the top brass remained strong and sustainable, no matter whether they are rich or poor. 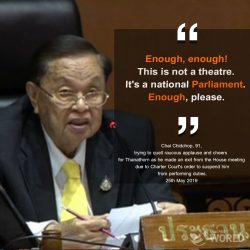 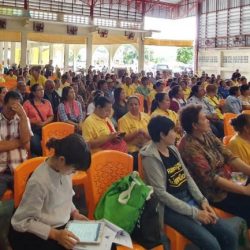