Thai rock star Artiwara Kongmalai, aka “Toon Bodyslam”, has announced his new charity marathon run, scheduled to take place early next year. The star was hailed by many as a hero for his previous runs to raise money for Thai hospitals and students. This time around, however, many netizens are questioning and disagree with the move as they believe it does nothing to fix the many problems in the Thai education system.

The proceeds from the new charity run, the second one for school students, will go to 109 students who complete Grade 9 education, but do not have enough money to continue with their further education.

The marathon will be 109 kilometres long, with participants starting on January 1st and running until February 28th, or 59 days.

Unlike Toon’s previous charity runs, this one has attracted more criticism. The Thai hashtag #WhyIsP’ToonRunning top trended on Thai Twitter last night and into today (Thursday), with more than 260,000 tweets so far. Most of the users pointed out that the exercise does not fix the existing education problems and that it is the government’s responsibility to do so.

Among the critics were media personality Nawat Itsaragrisil, whose tweet can be translated as “Helping others is a great thing, but with the education problems, it should be the government and the Education Ministry’s job to fix the problem, as they receive plenty of taxpayers’ money every year. Most importantly, there are not only the 109 students who missed out their opportunities in education, but there are millions of them. If you want to help, you should tell the prime minister and the education minister to improve the quality of education and give out opportunities inclusively because, if the government won’t do anything, the results will still be the same, even if a hundred marathons were organised.”

Other users commented that “If P’ Toon runs, it may help the 109 students, but if P’ Toon speaks up, his voice will help all the students in the country” and “P’ Toon should have asked the question and demanded that the government fix the problem, but P’ Toon decided to run until he sprains his ankle to get the funds for the government, who won’t do anything.”

On this issue, Chaichan Baimongkol, a committee member of the Kaokonlakao foundation, told Thai PBS reporters that the “virtual run” is actually for participants to accumulate running distance, not an actual marathon. This is where participants can run at home, on their own treadmills, or in public parks, and submit the recorded distance run via the Kaokonlakao website.

He also explained that the new charity event came about because up to 40,000 students, who complete Grade 9, lose their further education opportunities every year. The Kaokonlakao foundation has documented these stories on their web page. The first virtual run took place back in 2020, when they received 27 million baht in donations to help 109 students who wished to continue their further education. The 109 students were selected based on the diligence of their studies and are all from very poor families whose parents want their children to continue studying.

The 42-year-old rock star has been widely praised for his previous charity marathons, the most notable of which was in late 2017, when he ran 2,215 kilometres, from Betong district in the southernmost province of Yala, to Mae Sai district in the northern province of Chiang Rai over 55 days. A total of 1.14 billion baht in donations were received and all proceeds went to 11 hospitals which lacked medical equipment. 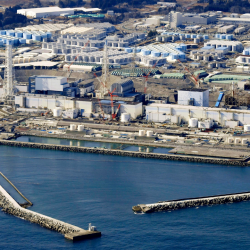