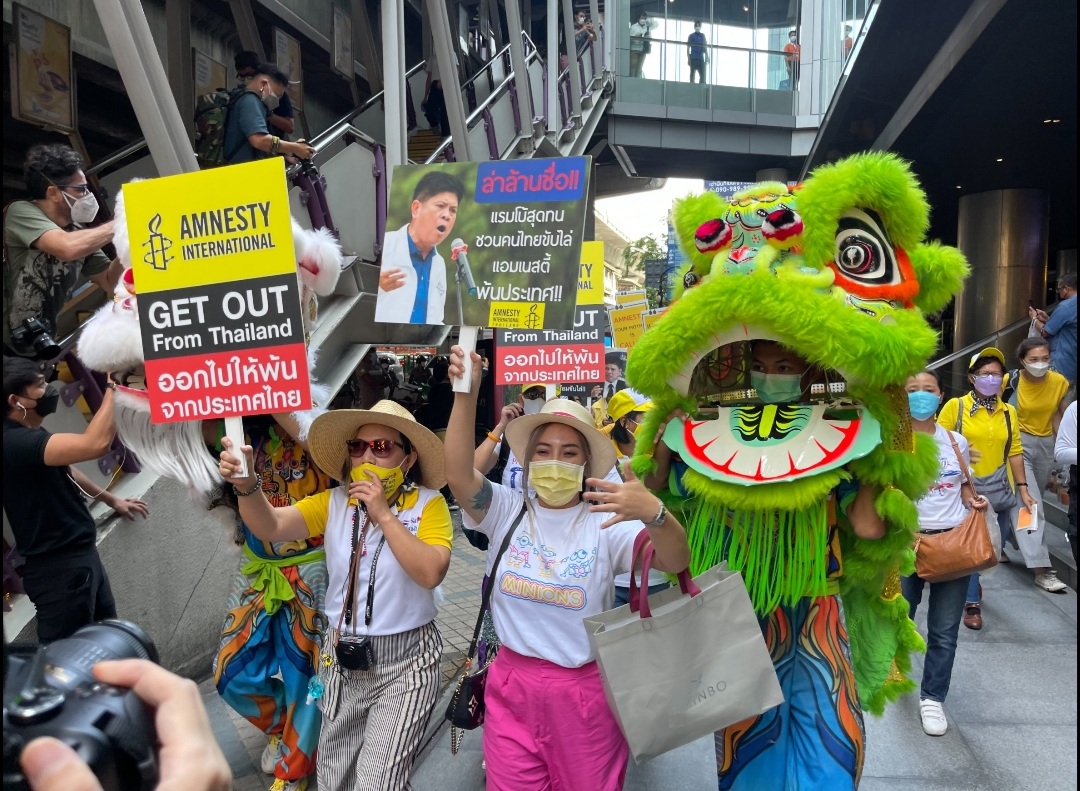 The groups are aiming to collect a million signatures.

“Jane”, an administrator of a pro-Prime Minister Prayut Chan-o-cha webpage, claimed that, in just a week about 101,000 signatures have been gathered, adding that 150,000 signatures could be described as a success.

She also said that a similar campaign will be held in the commercial districts of Sathorn and Asoke, where there are many office workers.

“We will prove that there are working people in their 30s who are not supporters of the anti-establishment movement,” said the website administrator, adding that the public will be informed if or when 500,000 signatures have been collected.

The royalists, many of them wearing yellow shirts, a symbol of the monarchy, gathered in front of the Silom Complex building before 11am. As the crowd started to march down Silom Road, toward Narathiwat Road, a lion dance was performed. Several of the attendees handed out fliers containing a QR code, to encourage members of the public to sign up in support for the campaign against Amnesty International.

According to “The Reporters” news service, one man raised the three-finger gesture of the anti-establishment movement when a royalist tried to hand him a flier.

The demonstrators made a U-turn back to the Silom Complex at about 12.15pm, where a press conference was held before the crowd dispersed.

An event organiser explained that only about 50 people joined the rally today because they were concerned over the new coronavirus variant and put a cap on the number of participants.