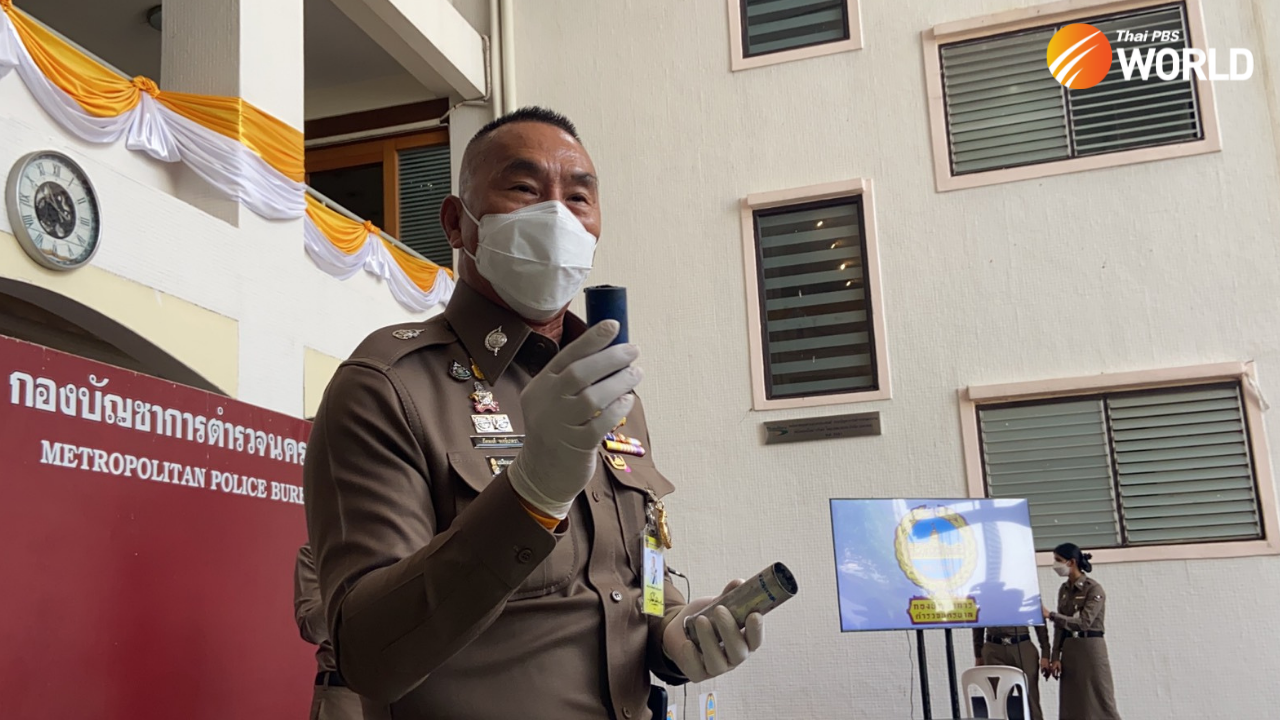 He confirmed that an individual, who was seen shooting from the Din Daeng police station at protesters, is a policeman, but denied that they had used live rounds. He also disclosed that three people were wounded during the protest last night, by what appeared to be bullets, including a young man who is currently undergoing treatment at a hospital.

That protester is now in the ICU at Rajavithi Hospital after being hit by a live round, which is still embedded in his brain stem, and remains in a coma and on a ventilator, according to an announcement by the hospital today (Tuesday).

The hospital say that the 20-year man was brought to the ER at about 9pm last night in an ambulance. Upon arrival, the victim was not breathing and had no pulse. He had a wound in the left side of his neck.

ER doctors put him on a respirator and administered CPR until his pulse returned. A subsequent X-ray found a bullet embedded at the brain stem and the first and second neck bones (atlas and axis) were shattered.

The victim could not be identified because no ID card was found on him, said the announcement, adding that doctors are monitoring his condition.

The second injured person is a 14-year-old boy, who was shot in his right shoulder, and the third sustained a wound to one of his feet.

Pol Lt-Gen Phukphong said police have questioned the 14-year-old boy’s father, who thought the shooter might have opened fire from a wastewater treatment plant, which is located near the Din Daeng intersection, while the critically injured man was shot while he was running past Din Daeng police station and collapsed near the water treatment plant.

Thirteen protesters were arrested last night, five of them are minors, he said.

The police commissioner insisted that police had strictly followed the international standard practice in crowd control, but he accused some elements of provoking violence by using lethal weapons against the police, forcing the police to respond accordingly, but with non-lethal weapons.

Commenting on a social media report that a celebrity protester, “Luk Nut”, who suffered a serious injury to his face, with one of his eyes reportedly turning blind, allegedly caused by a teargas canister, Pol Lt-Gen Phukphong said that police were in the process of asking for a medical report from the hospital where the protester was treated.

He showed a tear gas canister to the media, saying that the metallic part is the shell, which he claimed remains in the barrel after firing, while a cylinder-shaped missile contains the tear gas and will be a danger to protesters. 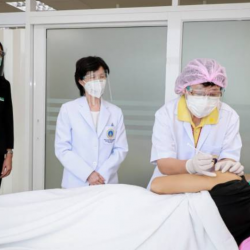 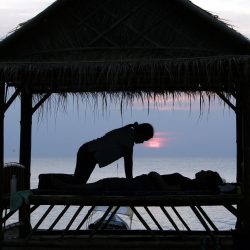