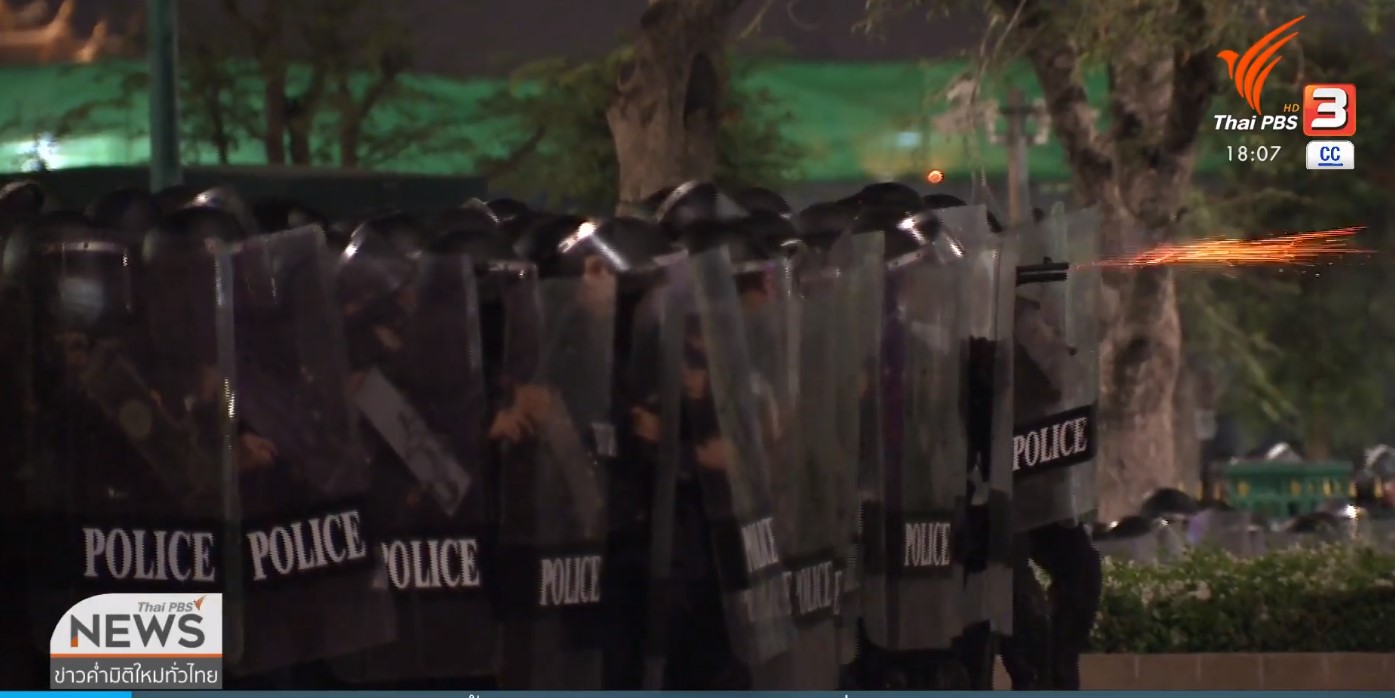 On Saturday night, police used water cannons, tear gas and rubber bullets against anti-establishment protesters, after they tried to break through a barricade of cargo containers at Sanam Luang in Bangkok, in order to approach the Grand Palace. A number of police officers, protesters and members of the media were injured and 20 protesters were arrested and held in custody at the Region 1 Border Patrol Police Command in Pathum Thani on multiple charges, including lèse majesté. 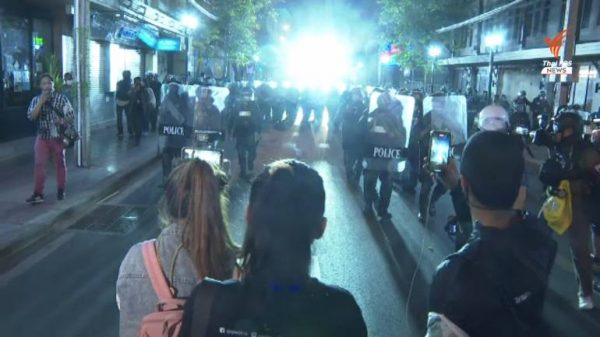 As protesters were dispersing, some allegedly went on a rampage, vandalizing portraits of HM the King along Ratchadamnoen Avenue and damaging many decorative pot plants.

General Ekkachai Srivilas, director of the office for peace and governance of the King Prajadhipok Institute, urged the Reconciliation Committee to become more pro-active and to focus more on engaging in dialogue with protest groups, rather than conducting studies and filing reports.

Gothom Arya, director of the Peace Study and Development Centre of Mahidol University, urged the government, the police and protest groups to meet for talks, to resolve their differences peacefully.

He said police should rethink their use of force to disperse the protesters and advised the protest groups to reconsider the holding of leaderless rallies leaders, noting that these can lead to unnecessary injury or loss of life. 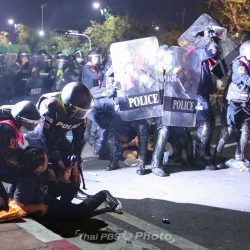 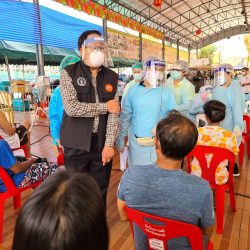