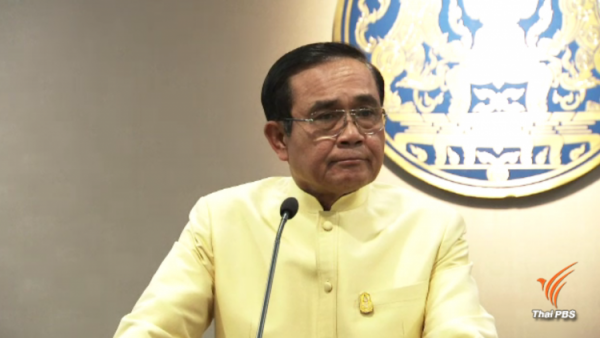 He said that the controversial project will be discussed at the cabinet meeting tomorrow, adding that the cabinet cannot do everything it might wish to do, but it can order a complete review of the SEA process and ensure that public hearings are held for all stakeholders to share their views and concerns.

The prime minister also said that this project should serve as a reminder to all relevant agencies that they must follow the government’s policy strictly, to bring about prosperity in the southern region and improve the livelihoods of the people there.

Regarding the conflict over land in the project area, he said that this should not be linked to the industrial estate project, otherwise it will complicate matters and, in the end, the project may never get off the ground.

While accepting that there are those who support and those who oppose the project, he said that outsiders should stay away, as their involvement will only widen the conflict and complicate matters.

He also pleaded with the protesters to end their rallies.

The protesters, mostly from Chana district, nonetheless marched from their camp in front of the United Nations Building to the Government House at about 3pm this afternoon.

They were blocked at Makkhawan Rangsan Bridge by police who repeatedly warned them that they were violating laws concerning illegal public assembly and posing a risk of causing a spread of coronavirus.

Brushing aside the warnings, the protesters staged a sit-in at the Bridge, claiming that they were waiting for a response to their demands, which include the temporary suspension of all activities at the project site in Chana district and suspension of the SEA process, being undertaken by the Southern Border Provinces Administrative Centre which oversees the entire project. 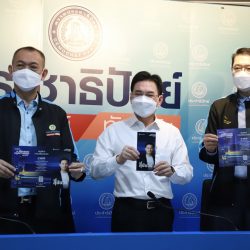 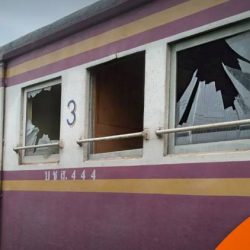