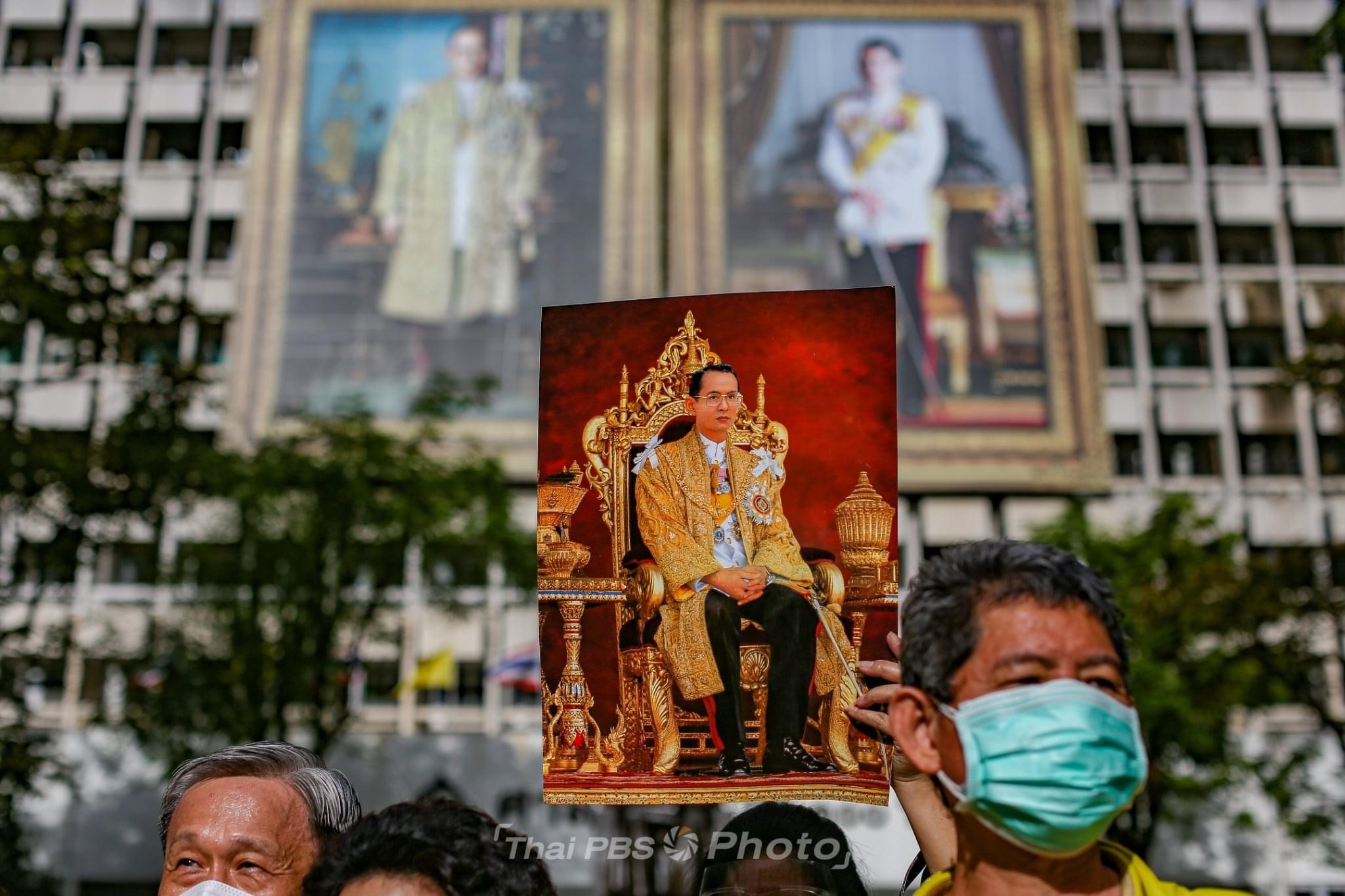 Thai people nationwide are paying their respects to late King Bhumibol Adulyadej today (Wednesday), on the fifth anniversary of his passing.

At Siriraj hospital, where the late king spent most time during his medical treatment, a religious ceremony was held at 6.30am, with Professor Dr. Prasit Watanapa, dean of the Faculty of Medicine at Mahidol University, leading executives, doctors, nurses and members of the public in the presentation of alms and other necessities to 10 monks. This was followed by the chanting of prayers as a tribute to the late king. 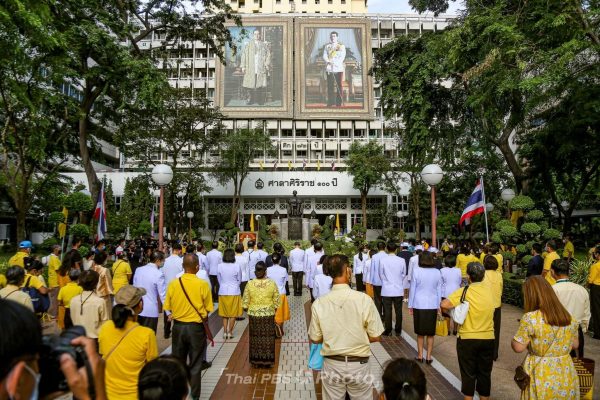 At about 8.10am, Professor Dr. Prasit led the hospital’s executives in the paying of respects to and the reading of a statement in praise of the late monarch, in front of his portrait.

Clad in white or yellow, hundreds of members of the public, from all walks of life, also attended the ceremony, held in the courtyard at the front of a hospital building where two huge portraits of the late King are installed. 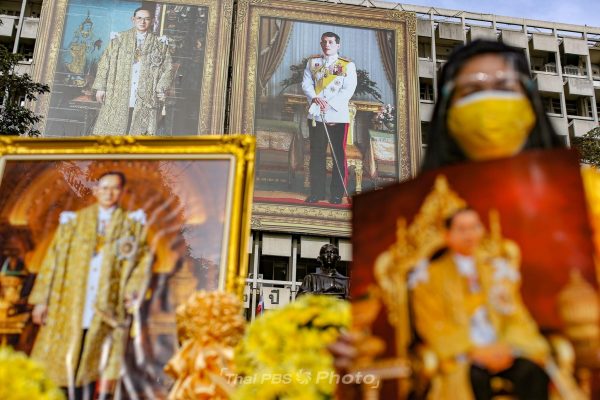 Similar events were also held at all provincial offices.