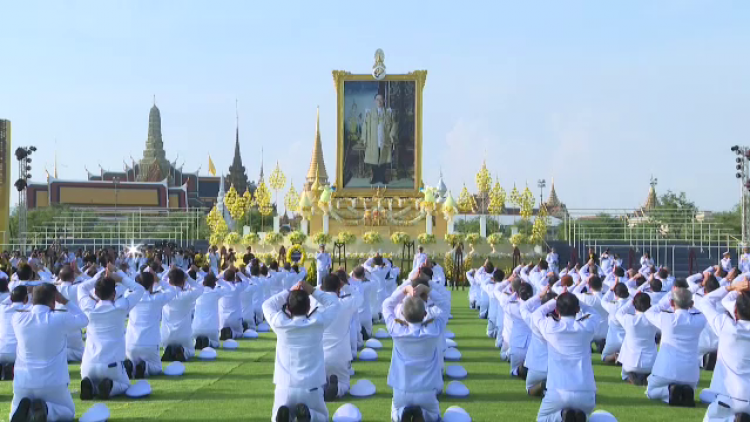 Thai people across the country, many wearing yellow, made merit, attended religious ceremonies and participated in activities today to commemorate the passing of the beloved late King Bhumibol Adulyadej.

In Bangkok, a large crowd presented alms to 489 monks and novices as Prime Minister Prayut Chan-o-cha led cabinet ministers, military leaders and government officials to pay homage to the late King and to place wreaths in front of a huge picture of the late Monarch set in the middle of Sanam Luang.

At Siriraj Hospital, Dr. Prasit Wattanapa, dean of the Faculty of Medicine, led staff and members of the public in paying respects to their beloved late King and to participate in the “Sirakran Phra Phubaannawamin” event.  They observed 89 seconds of silence in memory of the late King, who stayed in the Chalerm Phra Kiart building while undergoing medical treatment and rehabilitation three years ago.

Dr. Prasit said that many people, whenever they are in the courtyard of the 100th year Siriraj pavilion, will look at the Chalerm Phra Kiart building while remembering the late King.

In Hua Hin, about 500 people, mostly in yellow, the colour of the late King, joined a charity walk and run this morning on the Phetkasem highway.

In the north-eastern province of Yasothon, Mr. Thanisorn Chittama placed rice crops in his 1-hectare rice field to form an image of the late King, with wording related to the King’s philosophy of sustainable economy. 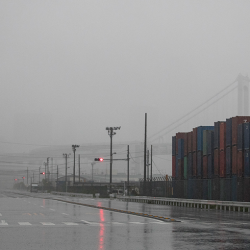 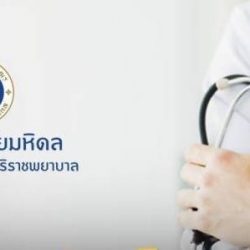