Thailand’s second confirmed case of Omicron BA.2.75.2 sub-variant was diagnosed in a Thai woman today. The Center for Medical Genomics of the Faculty of Medicine at Ramathibodi hospital said that this sub-variant is five times more transmissible than the BA.5 subvariant and is also immune evasive to all treatments, including Long Acting Antibody. However, there is no immediate cause for panic.

14.46 million Thai people have registered for welfare cards this year

Over 14 million people had registered for welfare cards as of noon yesterday, under which they will receive monthly financial support from the state. Under the welfare card program, card holders will receive financial support for such things as the purchase of goods, monthly travel expenses when using public transport, discounts on the purchase of cooking gas and an electricity subsidy.

Police in Chon Buri province are holding three men for questioning over the death of a 14-year-old boy. The men are suspected of the theft of a gold necklace and 3,000 baht in cash from the owner of a motorcycle repair shop in Bang Lamung district. Police said today that they will seek permission from the court to detain the suspects for further questioning.

Thai customs officials have seized more than 43 tonnes of smuggled pork, worth about 8.9 million baht, during the past three months, including about 35 tonnes in September alone. All the seized pork and pig carcasses will be delivered to the Livestock Development Department for storage, as legal action is being taken against those responsible for the smuggling.

13-year-old Enzo Tarnvanichkul became the first Thai national to win the 2022 FIA Karting World Championship in the OK Junior class (aged 12-14) in Italy, on Sunday. Enzo, of the TONY kart racing team, out-drove 109 other racers from 40 countries during the competition, held from September 15th through 18th. Only 36 finalists competed on Sunday for the championship. 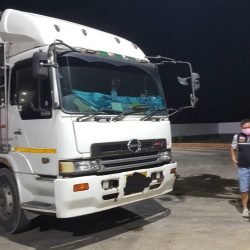 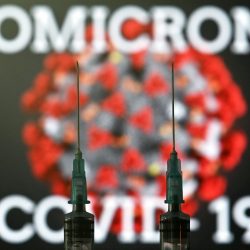