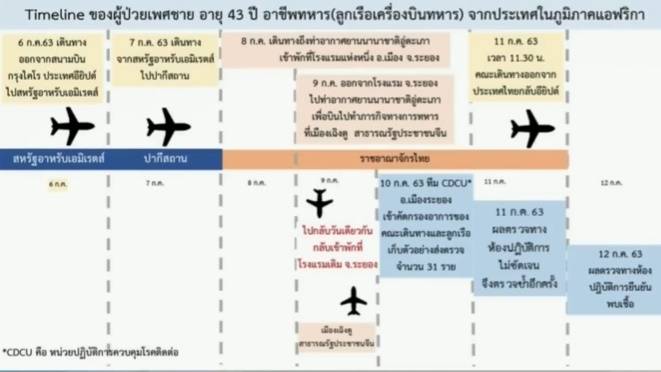 The CCSA is asking anyone who thinks they may have had physical contact with an Egyptian soldier, who was on a short visit to Thailand last week and later tested positive for COVID-19, to come forward for testing, said CCSA spokesman Dr. Taweesin Visanuyothin told a news briefing today (Monday)

The Egyptian soldier is one of the three new COVID-19 cases recorded in Thailand today by the CCSA.

Dr. Taweesin said that the 43-year Egyptian was among a group of 30 personnel who flew into Thailand on July 8th and entered quarantine at a hotel in the eastern province of Rayong. The following day, the group left for China and returned to Thailand the same night, checking into the hotel for a one-night stay, before departing for Egypt on July 11th.

Dr. Taweesin said that all the men were screened and swab tests taken on their arrival from China on July 10th.  Second swab tests were conducted the next day, before their departure, but the results, which came back yesterday, showed one of them was positive for COVID-19, he added.

While in Rayong province, the infected soldier is reported to have left the hotel to visit a shopping mall and a few other venues, said Dr. Taweesin, adding that Thai public health officials have been tracing people who might have had physical contact with the soldier.

The incident has prompted Prime Minister Prayut Chan-o-cha and Public Health Minister Anutin Charnvirakul to order a revamp of measures concerning arrivals of special foreign delegations, to prevent a repeat of the incident, said the CCSA spokesman.

The two other new infections are a 48-year old Thai worker arriving from Kuwait on a flight, on which ten other asymptomatic passengers had earlier tested positive for the virus, and a 22-year old Thai woman, returning from Bahrain, who had a fever and was found to be infected on her arrival on July 12th.

Dr. Taweesin said that there was also the case of a nine-year old girl, who came to Thailand from Africa as part of a diplomatic mission. Prior to the departure on July 7th, she was cleared of the disease, but she tested positive three days later and was sent to a private hospital for treatment, while the whole family was held in quarantine at a condominium in Bangkok.

Cumulative infections in Thailand are now 3,220, with 3,090 recoveries and 58 deaths. 72 others are still in hospital.

Thailand now ranks 100th in the world in terms of infections, but there has not been a single locally acquired infection for 49 consecutive days. 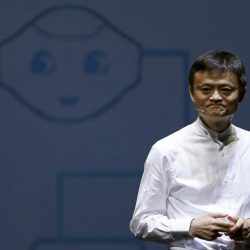