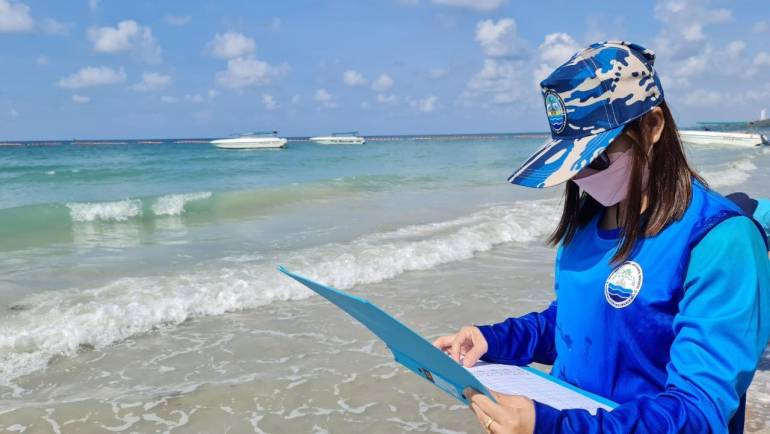 No trace of last week’s oil spill have been found floating in the sea off Rayong province today (Wednesday), but officials are remaining vigilant as divers continue surveying the undersea environment to make sure corals and sea grass are not affected by the spill.

Deputy Spokesman for the Royal Thai Navy Rear Admiral Apichart Worapamorn said today that oil traces have not been detected on the surface of the sea, but some 200 sailors are still on standby in case any is found.

He said that the gelatinous substance found on the beach has been collected and sent for tests at the Medical Sciences Department in Bangkok.

Full details of the clean-up operations and examinations of the quality of sea water, the environment, seafood and health issues of people in the areas affected by the oil spill will be disclosed at a news conference to be held soon.

Chief of Khao Laem Ya-Mu Ko Samet national park Thawat Jenkarn said that divers from the Department of National Parks, Wildlife and Plant Conservation have inspected seagrass, corals and other marine lives in the sea around Samet Island and found that they have not been harmed by the oil spill.

He said that the black stains found on the beaches could have come from the vessels engaged in the clean-up operations.

He also said that undersea survey will continue, to find out if there is any change to the marine environment.

Meanwhile, today, about 30 small-scale fishermen lodged a complaint with the mayor of Ban Phe sub-district, seeking compensation after they were prevented from fishing for a month.

More than 500 businesses, mostly beach-front store owners, seafood vendors and resort owners, have filed claims for compensation with the Damrongtham Centre of Muang district in the past three days.

Bangkok, 42 other provinces to get more parliamentary seats in new electoral allocations 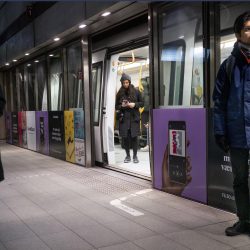