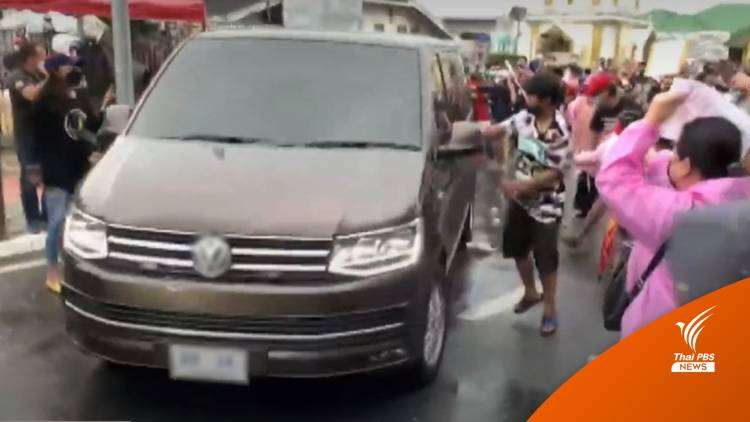 Yesterday (Thursday), the prime minister and his security team were confronted by disapproving local residents during his visit to Nonthaburi province.

Prime Minister Prayut Chan-o-cha was visiting there to inspect the flood walls along the Chao Phraya River and was greeted by both supporters and opponents.

A scuffle broke out as some protesters recognised the prime minister’s van as it arrived at Nonthaburi pier, where some were seen kicking it and throwing water bottles and pungent fermented fish (known as “Pla Ra”) at the vehicle.

The prime minister’s security team coordinated with crowd control police to deal with the situation, which fuelled the anger among those protesting.

The prime minister and his team boarded a boat at the pier to observe the flood walls. To avoid further confrontation, the prime minister alighted at Kiak Kai pier, where he greeted members of the Talad Kwan community while waiting for his vehicle and security team to pick him up.

A similar scuffle also occurred on Wednesday, when the prime minister was visiting Chaiyaphum province. There, a group of people shouted abuse at Gen Prayut, prompting the police to reprimand them, claiming they were embarrassingthe province.

Today (Friday), Deputy Prime Minister Prawit Wongsuwan is travelling to the north-eastern province of Nakhon Ratchasima to observe the flood situation there. 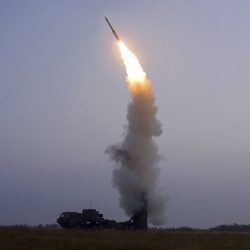 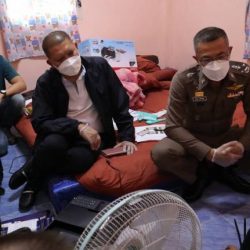