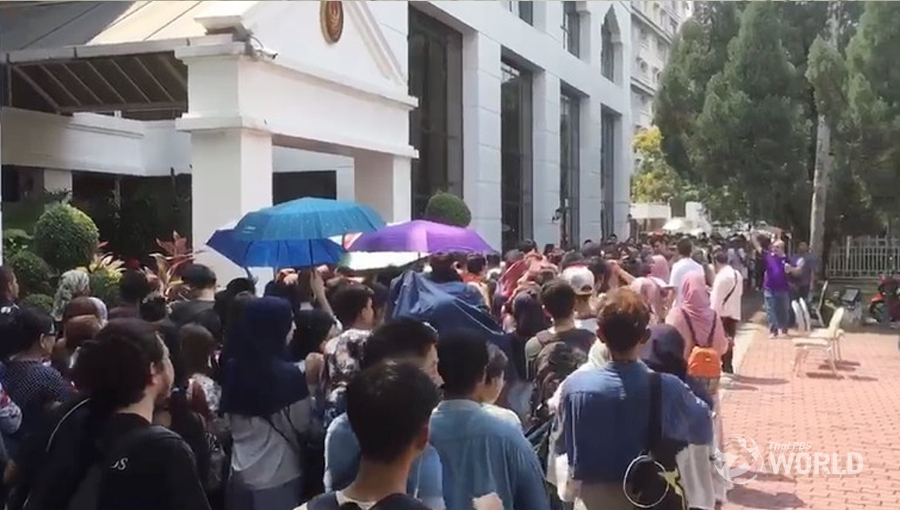 Over 4,000 Thai nationals working in Malaysia turned up at the Thai embassy in Kuala Lumpur today to cast their ballots in early voting.

The long queue of waiting voters spilled out of the embassy compound.

One of the voters, Mr. Sunpet Boonraeng who works as a cook in KL, said he had waited for about six hours to cast the ballot, adding that he was afraid voters who live and work outside the Malaysian capital might not be able to wait that long. He said some of the elderly voters fainted in the queue because of the hot weather and rain.

Sunpet said he felt the embassy’s publicity about early voting was not good enough as many only heard about it through word of mouth.

Another voter complained, via his Facebook page, about the poor handling of the voting by the Thai embassy in KL, saying that he had been queuing for over four hours.  He suggested that more polling booths should be set up to accommodate the huge turnout.

Yet another voter complained that he turned up in front of the embassy at 9 am and, by noon, he was still queuing outside the embassy compound.

The Thai embassy responded via Facebook saying that the embassy would remain open late at night until the last voter has cast their ballot.  Also, the embassy will open tomorrow at 8 am for voting.

Election Commission secretary-general Jarungvidh Phumma said he had been informed of the problem at the Thai embassy in KL, adding that the embassy would increase the polling booths from 3 to 4 to accommodate the overwhelming number of voters. 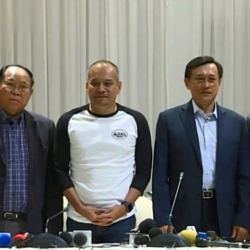 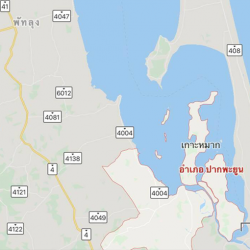