Thai elephants fitted with GPS to monitor their movements, behaviour 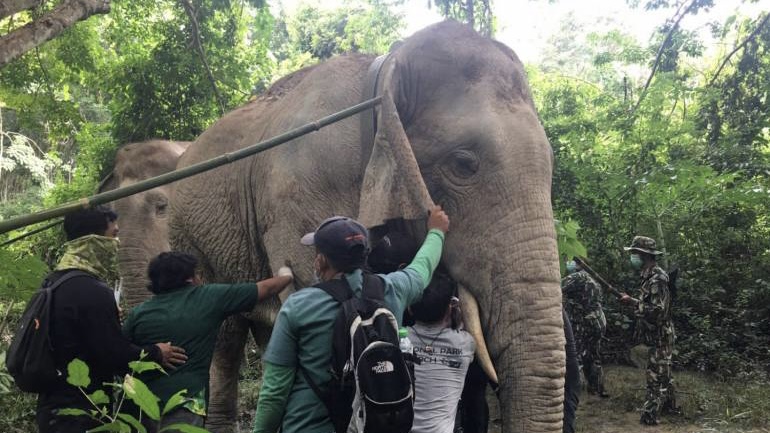 Wildlife officials in Thailand have recently captured a third wild elephant in the Phu Luang wildlife sanctuary, in the north-eastern province of Loei, and fitted it with a GPS collar, to enable monitoring of its movements after it ventured out of its habitat to search for food.

Supagit Vinitpornsawan, director of the learning centre for wildlife conservation, of the Department of National Parks, Wildlife and Plant Conservation, said today (Monday) that the department plans to fit the collars to five elephants in the sanctuary and, so far, have fitted three.

He explained that elephants, which venture out of their habitat to forage for food, are more likely to destroy crops planted by villagers living on the edges of wildlife sanctuaries or national parks, resulting in conflict between humans and wild animals, which may lead to some villagers or the animals themselves being harmed.

Since 2018, the department has fitted GPS collars to 11 elephants in Kui Buri national park, Khao Ang Ruenai, Soi Dao, Doi Pha Muang and Dong Yai wildlife sanctuaries out of a target number of 67.

According to Supagit, each collar weighs about 10kg, which is less than 0.2% of the weight of an elephant. He admitted that some elephants might be mildly irritated by the collar at first and might try to free themselves of the device, but they do get used to them.

This method will enable officials to study elephant behaviour and prevent them from encroaching on farm land of villagers. 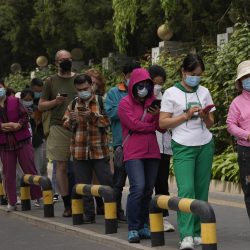 Beijing locks down some areas as COVID-19 cases mount