Student Union of Thailand spokesperson Panusaya “Rung” Sithijirawattanakul makes the three-finger salutes as she leaves Bangkok Remand Prison in Bangkok on May 6, 2021, after a Thai court on Thursday granted bail to her. Jack TAYLOR / AFP

The Bangkok South Criminal Court decided to extend bail this afternoon (Wednesday) for Panusaya “Rung” Sithijirawattanakul, a key leader of the anti-establishment Ratsadon protest group, until May 25th, and eased restrictions on her movements as well.

The Thai Lawyers for Human Rights (TLHR) said that the court’s decision has spared Rung from being sent back to jail on remand, as her bail was scheduled to expire today.

The TLHR said that the bail conditions imposed by the court remain unchanged, except that the court has allowed Rung to leave home between 6am and 6pm, instead of being subjected to a 24-hour curfew.

Rung is to be tried on lèse majesté charges at Bangkok South Criminal Court after she wore a crop top shirt at the Siam Paragon shopping mall in December 2020, with words written on her abdomen which have been deemed to offend the monarchy.

She will also appear before the Criminal Court and the Ayutthaya Provincial Court tomorrow, which are expected to issue orders pertaining to other charges against her. 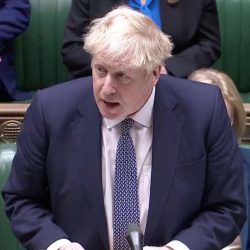