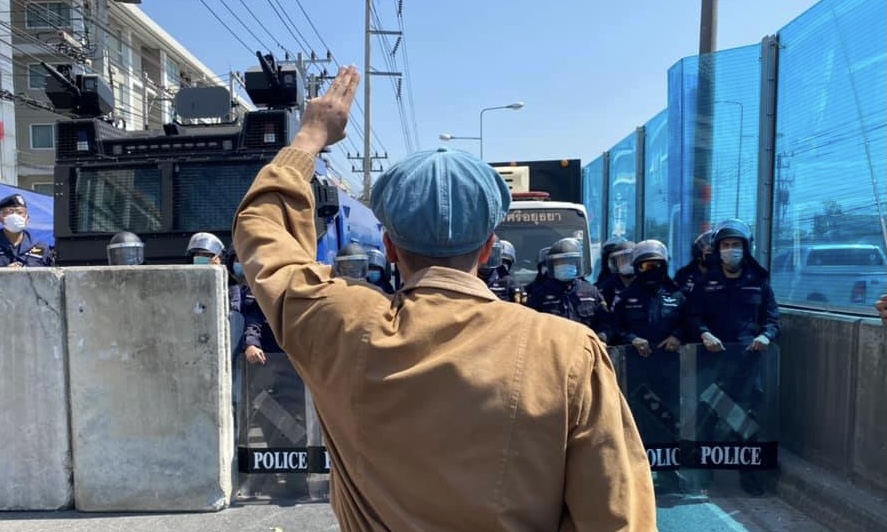 Many Thai celebrities are putting their careers on the line to support anti-establishment protesters’ push for political change in Thailand, including reform of the monarchy. They risk losing their jobs, their fans and even their freedom for promoting their political beliefs.

Here are the stories of the most prominent pro-change celebs.

Ammy, aka Chai-amorn Kaewwiboonpan, was arrested on March 3 and charged over the torching of a portrait of His Majesty the King in front of Klong Prem Central Prison in the early hours of Feb 28.

The 31-year-old singer-turned-activist reportedly confessed to charges of lese majeste and arson, explaining that he felt “ashamed” for failing to help four imprisoned protest leaders, including Parit “Penguin” Chiwarak.

He said it was his “stupid idea” to burn the royal portrait but added that he hoped fellow protesters would “understand its hidden meaning”.

Known as lead singer for the now-defunct Bottom Blues band, Ammy made headlines for throwing a bucket of blue paint over police during a protest last August. The act was artistic revenge for “police bullying”, he said.

At protests, he also adjusted the lyrics of his hit song “12345 I Love You” to “I Here Too” or “I Hear Too”, which if said in a Thai accent sounds like a strong insult in Thai — while Too is PM General Prayut Chan-o-cha’s nickname.

If found guilty, Ammy faces penalties of five years to life in prison or death for arson, three to 15 years for lese majeste and five years for trespassing and computer crimes.

Actress and singer Inthira has been dubbed the protesters’ “fairy godmother” for donating food and assistance to their rallies.

Her political comments have earned praise from liberals but bitter criticism from conservatives.

“There is a price to pay, of course. Some [conservative] seniors don’t want me to speak up. Some people have used very harsh words in criticising me. There are days when I dare not read comments on social media,” she said.

Inthira — who is open about her battle with depression — mainly expresses her political allegiance through Twitter and Facebook, where she has more than 750,000 followers.

She, too, has been hit with a lese majeste charge after posting social media messages and photos deemed insulting to the monarchy.

Focus rose to fame at the tender age of 10 when she starred in the 2003 romantic comedy hit “Fan Chan” (My Girl).

She first spoke out after police used tear gas-laced water cannon against protesters at Bangkok’s Pathum Wan intersection in October last year. She called on authorities to “stop harassing and harming people”.

The actress said the use of violence against peaceful young protesters was unwarranted.

“I would feel ashamed if I had not done anything, so I spoke out,” she said, adding that she was prepared to lose acting jobs and social media fans to stand up for her convictions.

She also said General Prayut should have remained a soldier rather than becoming prime minister.

Following the Feb 28 clash between police and protesters near the PM’s army residence, the actress again blamed “violence” by authorities. Her message also featured a hashtag calling for repeal of the lese majeste law.

“Do we really want our children and grandchildren to grow up in a fake democracy like this? … Admit it, our country’s system sucks and needs change,” said her Facebook post.

The Thai-Swedish beauty queen said she joined the rallies because she could no longer tolerate “injustice”.

“I can’t just be an influencer selling products to an audience. I have to pay back to society as well,” Maria said.

She decided to ally with the protesters despite the risk of losing lucrative commercial contracts. “I have to be true to myself,” she added.

Expressing her political viewpoint was her duty as a Thai citizen, Maria said.

“Politics involves the future of every one of us. Why don’t we speak out about this important matter? We are not doing anything wrong,” she said.

Yuhtlerd has been clear about his opposition to the current government.

Calling on Prayut to step down, he said the PM was “better suited to a dictatorial regime than a democratic one”.

He often tweets harsh criticism of government figures and his critics. Last June, he disclosed that a senior figure he respects had asked him to tone down his language and “try to defeat crudeness with polite argument”.

Yuhtlerd last year launched a campaign to fund a sci-fi thriller about a group of young people fighting against dictatorship. He aims to collect Bt100 million in donations to launch his latest film project.

The director has more than 20 feature movies to his credit, including blockbusters like “Tattoo Killer” and “Flower of the Night”.

During last year’s protests, Kanatip tweeted: “Lots of brave Thai students came out to protest against oppression by this government. They have had enough of this severely corrupt regime … A candle of hope has been lit.” 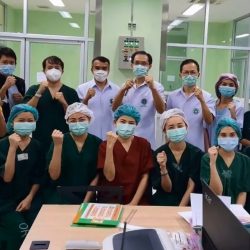 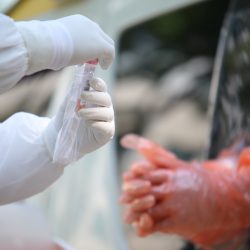