Although the Thai commercial banks achieved higher net profits in the first quarter of 2019, they expect a tough year ahead amid aggressive competition in the digital era.

The Thai government’s plan to turn Thailand into a cashless society has prompted local banks to remodel their business plans to cater to changing consumer lifestyle.

Customers will no longer have to visit bank branches to expedite their financial transactions because they can now execute their transactions on their mobile phones.

In the first quarter of this year, ten Thai commercial banks saw a combined net profit of Bt55.1 billion up 6.5 percent from the same period last year, based on the data that Kasikorn Research Center compiled from the Stock of Exchange of Thailand.

However, the rise of net income is partly attributed to the sales of assets and special incomes. After deducting all these special incomes, Kasikorn Research Center reported that the combined pre-tax income from banking operations in the first quarter of 2019 was Bt65.7 billion, declining from Bt68.9 billion in the same period last year.

The lower income from banking operations is attributed to a 13.7 percent drop of fee-based revenue, compared to the same period last year.

The free service is meant to promote electronic platforms and help commercial banks save their costs in managing cash. Besides, it would put the Thai banks in a better position to compete with other e-commerce giants and payment platforms such as Alipay which is expanding its customers across the border.

It is not easy for commercial banks to significantly increase their revenues from other sources amid uncertain political situation which affects decisions of investors.

The prospects to boost consumer loans are not bright either because the Thai authorities are tightening regulations on consumer finance.

Thailand’s household debt ratio climbed to 78.2 percent of GDP at the end of 2018, driven largely by consumer finance.

As rising consumer credit can pose risks to financial stability, the Bank of Thailand is closely monitoring an accumulation of household debt, especially auto and mortgage loans.

The central bank is now considering the possibility to curb debt service ratio by requiring lenders to focus on a borrower’s overall debt repayment ability instead of each lending product.

Earlier, the Bank of Thailand has also introduced a series of measures including loan-to-value requirement to curb housing loans which takes effect from April 1, this year. Moreover, the regulations governing car title loans have also been amended.

Commercial banks thus have to explore new business models to keep up with the changes. For example, they have closed down some branches with low traffic. Some have introduced artificial intelligence to locate their potential customers and apply blockchain technology in their financial services.

Some banks team with other companies to increase their presence as seen by Siam Commercial Bank’s partnership with CP ALL in March to launch a banking agent service at 7-Elevel Counter Service locations.  Kasikornbank has joined forces with Thailand Post to offer banking service at Thailand Post’s branches as well.

Meanwhile, commercial banks have to closely monitor overall economic situation because it is the most important factor affecting their profitability.

The Bank of Thailand reported that all commercial banks in Thailand’s system registered a combined net profit of Bt207.2 billion for the entire 2018, up 10.8 percent from the previous year.

Loans in commercial banking system rose 6 percent in 2018 against 4.4 percent growth in 2017, driven by consumer loans which accounts for 34.1 percent of total loans. As of the end of 2018, non-performing loan accounts for 2.93 percent of the total loans, compared to 2.91 percent in the 2017, according to the Bank of Thailand. – By ThaiPBS World’s Economic News Desk 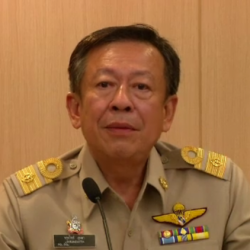 The EC will consider three formulae in party-list seat calculation 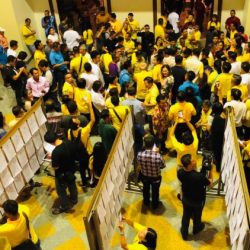