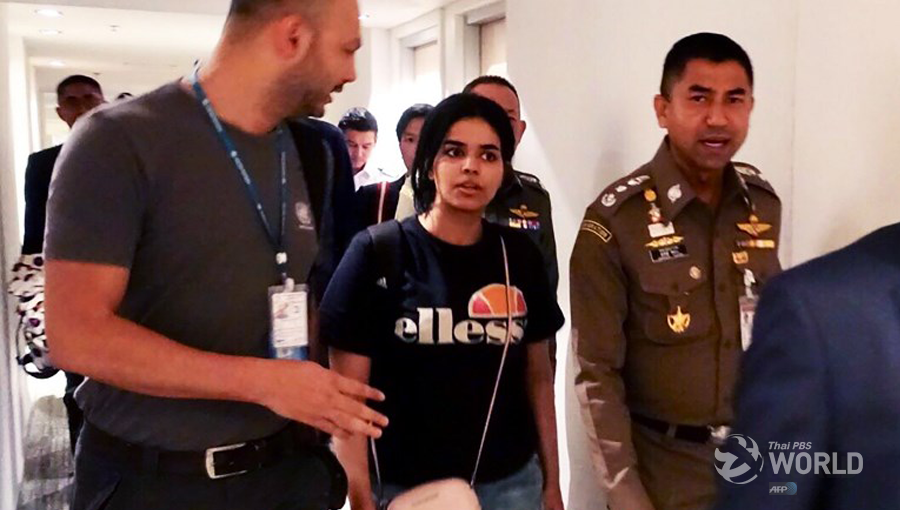 An 18-year-old Saudi girl who fled her family and barricaded herself inside a  hotel at  Suvarnabhumi airport to prevent being expelled by Thai authorities yesterday left the airport after talks with the United Nations refugee agency.

Rahaf Mohammed al-Qunun has been at Bangkok’s international airport since Saturday, when she arrived from Kuwait, saying she feared her family would kill her if she is forced to return home. Her relatives have not commented on her accusations of abuse and Reuters was not able to reach them.

The case has drawn new global attention to Saudi Arabia’s strict social rules, including a requirement that women have the permission of a male “guardian” to travel, which rights groups say can trap women and girls as prisoners of abusive families.

It comes at a time when Riyadh is facing unusually intense scrutiny from its Western allies over the killing of a journalist at its consulate in Istanbul in October.

Thai immigration officials had planned to put Rahaf on a flight back to Kuwait yesterday, but relented after her online pleas drew international attention.

She told Reuters via text and audio messages she had fled Kuwait during a family visit there, and had planned to travel to Australia to seek asylum. She said she was held after leaving her plane in Bangkok and told she would be sent back to Kuwait.

“They will kill me,” Rahaf told Reuters. “My life is in danger. My family threatens to kill me for the most trivial things.”

A representative of the UN High Commissioner for Refugees (UNHCR) met Rahaf at the airport and also discussed the case with Thai immigration officials. After the meeting, Thailand’s immigration chief Pol Maj Gen Surachate Hakparn said she would not be expelled.

“We will take her into Bangkok and provide her with safe shelter under the care of the UNHCR,” he told reporters yesterday evening.

He said the UNHCR would work on processing Rahaf’s request for refugee status. Mr Giuseppe de Vincentis, the UNHCR representative in Thailand, said the Thai government had given assurances that Rahaf would not be expelled to any country where she might be in danger while her case was being processed.

Rahaf posted a video on Twitter yesterday of her barricading her hotel door with a table and a mattress. She said her family was powerful in Saudi society but she did not identify them.

Asked why she was seeking refuge in Australia, she told Reuters: “Physical, emotional and verbal abuse and being imprisoned inside the house for months. They threaten to kill me and prevent me from continuing my education,” she said.

“They won’t let me drive or travel. I am oppressed. I love life and work and I am very ambitious but my family is preventing me from living.”

The Saudi foreign ministry said in a tweet that its embassy was in touch with the teen’s father and the Thai government, but its diplomats had not met or communicated with her.

The Human Rights Watch group said Thailand should not send Rahaf back to her family because she says she faces danger.

Rahaf said she had obtained an Australian visa and had planned to spend a few days in Thailand first so that she would not spark suspicion when she left Kuwait.

Thai immigration chief Surachate, however, said that Rahaf did not have a visa for Australia. The Australian Embassy said it had no immediate comment.

Contradicting earlier accounts from Thai officials, Pol Maj Gen Surachate said the Thai authorities had been contacted by the Saudis before deciding to deny Rahaf entry to the country.

“The Saudi Arabia embassy contacted the immigration police… and said that the girl had run away from her parents and they fear for her safety,” he said.

“We acknowledged this and checked her paperwork. She had a passport but no return ticket, no travel plan, and no destination or hotel reservation in Thailand… so per airport security procedures, immigration denied her entry.” — Reuters 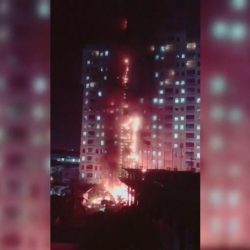