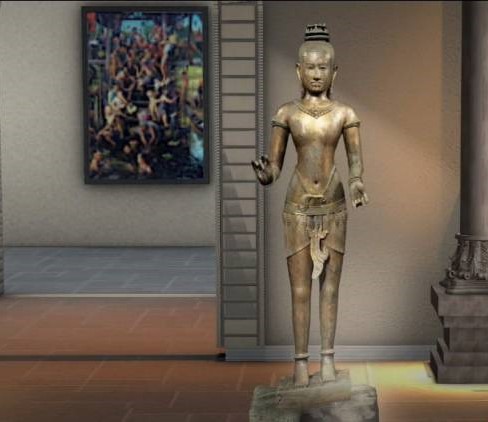 A Thai archaeologist has embarked on a mission to reclaim a bronze sculpture, believed to be of Khmer King Jayavarman VI, from a museum in the United States. Tanongsak Hanwong, leader of the Samnuek 300 Ong conservation group, is collecting evidence to prove that the valuable antique originated in Thailand, but was smuggled abroad by antique traders.

A team of Thai PBS reporters recently joined Tanongsak on a trip to Ban Yang in Lahan Sai district of the north-eastern province of Buri Ram, where they met 67-year-old Nil Pedsakul, a villager of Ban Yang, who was shown pictures of the bronze sculpture from Tanongsak’s book.

The woman said images look like the sculpture which was found by her brother-in-law, during an archaeological dig at Prasat Ban Yang ruins in Ban Yang village about 50 years ago. She recalled taking the sculpture to their home, where she washed it with water.

Nil also said that, after the find, some middlemen urged the villagers to continue digging, hoping that more artefacts would be found, adding that the bronze sculpture was the only one unearthed.

She added that villagers were hired, at about 100 baht per day per person, to dig for ancient artifacts, until the ground at the Prasat Ban Yang ruins had become a pond, which was eventually refilled and turned into a multi-purpose area.

Tanongsak says that the temple ruins have not, to date, been declared an archaeological site by the Fine Arts Department.

Tanongsak said the bronze sculpture, known as the “Golden Boy”, stands about 110cm tall and is believed to be a representation of King Jayavarman VI, adding that it is a piece of Phimai art, which is not found in Cambodia, and it represents a human being, not a god, corresponding with the belief that King Jayavarman VI was a Buddhist.

The archaeologist said that he is confident that the sculpture originated at Prasat Ban Yang, as he cited the book, “Khmer Gold”, co-authored by Emma C. Bunker and Douglas Latchford, which states that the bronze sculpture was unearthed in Ban Yang in Lahan Sai district of Buri Ram.

Tanongsak said he has been informed, by Angela Chui, an independent historical arts expert in London, that the sculpture has been placed on display at the Metropolitan Museum of Arts in New York City.

Director-general of the Fine Arts Department Kittiphan Phansuwan said that more evidence is needed before they proceed to ask the United States to return the sculpture to Thailand.

Early last year, two 11th century stone lintels, Nong Hong and Khao Loan, were returned to Thailand from the Asian Art Museum in San Francisco, with the help of the US Department of Homeland Security. They are now being installed at Prasat Nong Hong in Buri Ram and at Prasat Khao Loan in Sa Kaeo province. 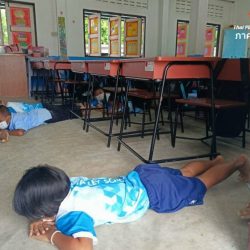