Call for monarchy reform ruled as an act against constitutional monarchy 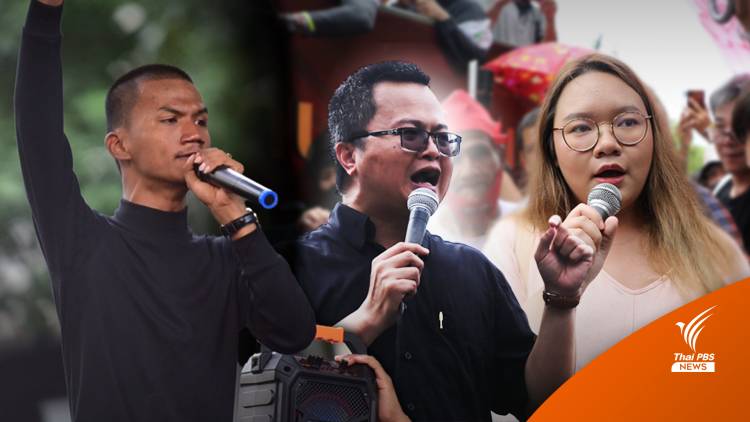 Thailand’s Constitutional Court today (Wednesday), ruled that anti-establishment leaders Panusaya “Rung” Sithijirawattanakul, Anon Nampa and Panupong “Mike” Jadnok are guilty of trying to overthrow the country’s constitutional monarchy, stating that the monarchy cannot be violated and that the group has incited disunity with dishonest intent.

The three protest leaders were accused of exercising their right to free expression in a manner deemed to show an intention to overthrow Thailand’s constitutional monarchy during a protest at Thammasat University’s Rangsit campus on August 10th last year.

With this verdict, the court cannot penalise them, but it can set in motion a criminal case carrying maximum penalties of life imprisonment or death on conviction.

The court has, however, ordered the trio to cease such activities, deemed to be attempts to overthrow the constitutional monarchy, with the judge adding “Even though the protest on August 10th, 2020 had passed and a complaint was filed against the protesters, the defendants continued to join the gatherings.”

“The demand to call for a repeal of Section 6 of the Constitution which guarantees the monarch’s authority, as Head of State, which no one can accuse or violate is an explicit act with an intent to annihilate the monarchy. The actions of the defendant no.1, no.2, and no.3 are undermining the constitutional monarchy. To demand such changes and make such attacks in public, by claiming that it is an exercise of rights and freedoms according to the Constitution, not only is bad conduct, with rude words spoken, but also violates the rights and freedoms of other people who think differently,” said a judge in a televised broadcast of the hearing.

The ruling continued “Thai monarchs have always been revered, and the centre for Thai people’s faith and unity for hundreds of years. So, even though Thailand’s political regime has changed since 1932, the “People’s Party” revolutionaries and the Thai people agreed to invite the Monarch to co-exist in the new democratic regime.”

Before the court announced its judgment in the case, Panusaya submitted a written closing statement to the court. She was the only accused to appear before the court this afternoon, while the two others, Anon Nampa and Panupong Jadnok, are being held on remand in Bangkok Remand Prison. Panusaya, however, staged a walk-out before the long verdict was read, in protest that the court did not give her and her friends an opportunity to defend themselves and hear their arguments.

During the protest, the anti-establishment Ratsadon group had announced a ten-point proposal for reform of the monarchy.

In the written statement, the three accused explained that their expression of opinion related to the monarchy was not an attempt to overthrow constitutional monarchy, as alleged.

They claimed that their proposal was intended to restore constitutional monarchy and, importantly, the proposal on the powers of the Monarch is in line with the principle of “The King can do no wrong.”

Regarding the call for the repeal of the lèse majesté law, the three defended the proposal as being intended to promote free expression, based on the principle that the people are the supreme power and, hence, the people should have the right to criticize any state institution.

Regarding the proposal to separate the King’s assets and place them under the supervision of the Finance Ministry and the Crown Property Bureau, they said that the two agencies are connected to the people.

On the proposal to cut the budget of the King, they explained that this is in line with the economic situation and that the Monarch should share in both the happiness and the sufferings of the people.

The proposal to put an end to solicitation of public donations, according to the closing statement, was intended to prevent those with ill-intent from taking advantage of the donations for personal gain and that the anti-establishment groups wish only good for Monarchy. 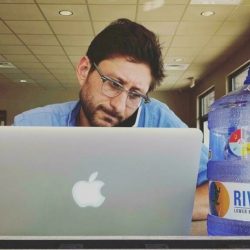 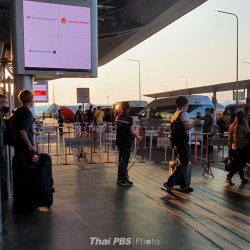 Thailand Pass or Certificate of Entry: Clearing confusion for travelers