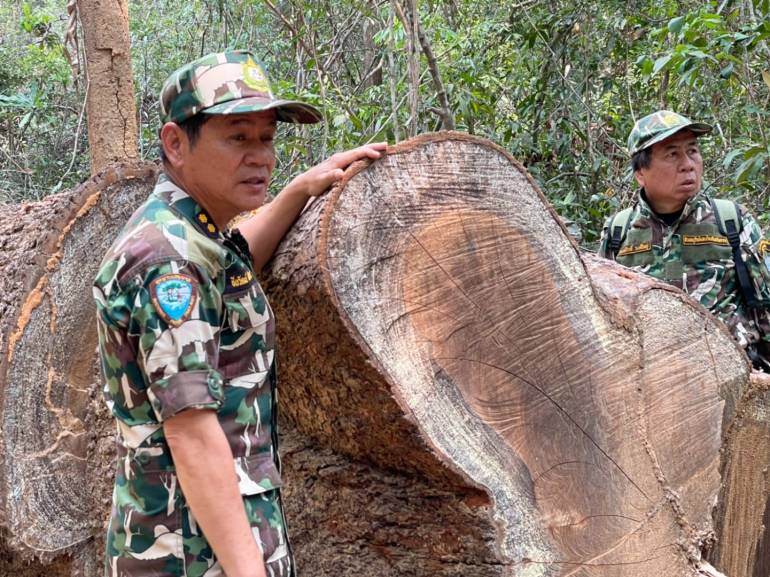 Thai border security forces are engaged in a tense stand-off with Cambodian troops, near the Thai-Cambodian border in the northeastern province of Ubon Ratchathani, where illegally-felled logs, worth about 15-million baht, have been seized by Thai park officials on Thai territory.

Chaiwat Limlikhit-akson, chief of the 9th Conservation Area Management Office of the Department of National Parks, Wildlife and Plant Conservation, said that park rangers from the Huay Sala wildlife sanctuary discovered that 58 Ironwood and 25 Mersawa Paya trees had been felled since last November and 84 of the logs have been stored near the Cambodian border, waiting to be hauled into Cambodia by illegal loggers.

He said that he had sought help from Thai army officers, of the Suranaree task force, to coordinate with his Cambodian counterpart, to allow Thai park officials to take the wood to the office of the wildlife sanctuary.

Chaiwat said that the Cambodian troops, stationed at the border outpost, about 200 metres from the border, would not allow Thai park officials or troops to get close to logs, unless they receive an instruction from their field commander, which would take about two days.

While waiting for a response from that field commander, he said that park officials and the accompanying troops could not leave the scene for fear that the valuable logs might be taken across the border into Cambodia.

Therefore, troops and park officials have kept vigil at the scene, resulting in a tense stand-off with Cambodian border forces.

Chaiwat said that there are three other Cambodian border outposts near the scene, while the Thai troops have just one outpost and reinforcements will take about two hours to arrive, if there is a clash between the two sides. 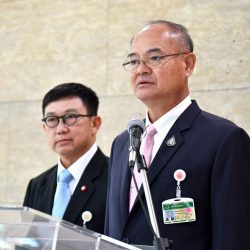