Thai Airways International has suffered about 28 billion baht in losses for the first half of this year, mainly attributable to the COVID-19 pandemic, which has seriously impacted its operations.

THAI, he said, had to reduce its flights in line with reduced passenger loads.

For the first quarter of this year, Mr. Charnsin disclosed that the national flag carrier, and its affiliated companies, recorded 38 billion baht in consolidated revenues, a 23.7 billion drop compared to the same period last year, largely due to the sharp reduction in passengers and freight.

Expenses for the first quarter amounted to 42.61 billion baht, about 8.09 billion baht, or 15.8% lower than the expenses of the same period last year, resulting in a loss of 22.676 billion baht.

Despite the incoming flight ban, he added that THAI continued tightening its belt, to maintain its liquidity and, at the same time, operated charter and repatriation flights, disclosing that the number of passengers for the first half of the year had dropped 98.6%, to about 80,000. 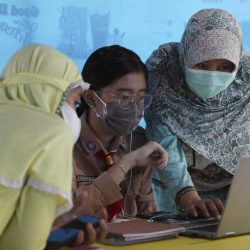