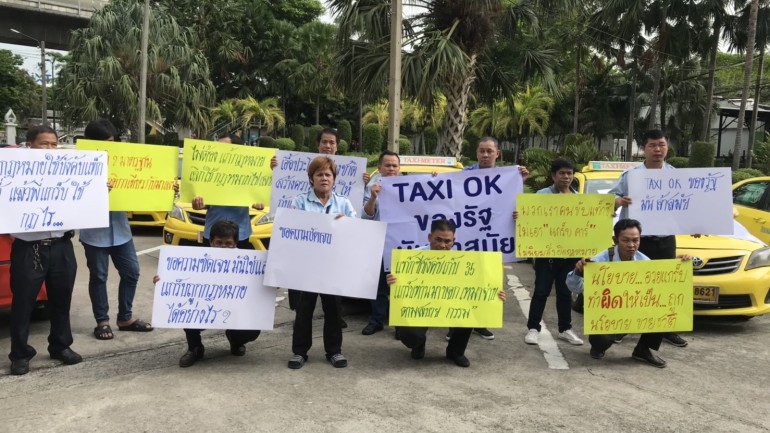 Representatives of Bangkok’s taxi cooperatives and motorcycle taxi-drivers separately demonstrated in front of the Land Transport Department on Monday morning to protest against the department’s plan to legalize Grab taxi and motorcycle taxi services.

Mr. Vitoon Naewpanich, chairman of taxi cooperatives network in Bangkok, told Thai PBS today that there are, presently, more than 40,000 taxies operating in the city and if Grab taxies, using private cars, are allowed to operate legally, conflict between the two groups of drivers may escalate as they fight for business.

One of the protesting taxi drivers, Mr. Thawatchai Bangba, said the Land Transport Department should come up with a set of rules to be applied to Grab taxies, such as dress code and to ensure the safety of the passengers.

He also complained about the shortcomings and high costs, about 30,000 baht per taxi, of the “Taxi OK” application, which is to be compulsory in all taxies with the exception of Grab taxies.

Land Transport Department deputy director-general Kamon Burapong said that the legalization of Grab taxies and motorcycle taxies is still under consideration as the department will have to take into account divergent opinions from all stake holders.

In a separate rally, also held in front of the Land Transport Department, a motorcycle taxi-driver said he and his colleagues would like to know how the department will deal with the Grab motorcycle taxi service, noting that their business will be hard hit by Grab motorcyclists.

Earlier, Mr. Thanee Suebruek, another deputy director-general of Land Transport Department, said the department was in the process of drafting a new law to introduce tougher penalties for taxi drivers who reject passengers.

The maximum fine for rejecting passengers will be increased to 5,000 baht from 2,000 baht which is considered as too low. 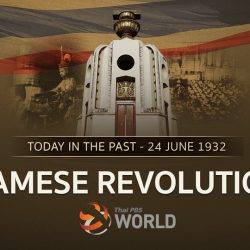 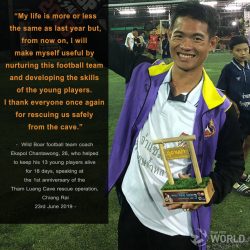