HONG KONG/TAIPEI (Reuters) The Hong Kong government said on Tuesday that Taiwan had rejected the visas of two of its officials, underscoring rising bilateral tensions after Taipei criticised a security law imposed on the financial hub by Beijing.

The two Hong Kong Economic, Trade and Cultural Office (HKETCO) staff have returned home after their permits for residence in Taiwan were rejected, the government’s Constitutional and Mainland Affairs Bureau said.

It declined to specify if the visas were existing ones or documents relating to new applications.

It did not elaborate in a written response to Reuters.

The acting chief of Taiwan’s de facto consulate in Hong Kong returned to Taiwan on Thursday after refusing to sign a document supporting Beijing’s claim on the island under its “one China” policy as a condition for his visa renewal.

A senior Taiwan official told Reuters on Friday that Taiwanese officials in Hong Kong had been told their visas will not be renewed unless they sign the document.

Beijing views Taiwan as part of a single China and has never renounced the option of using of force to bring the island under its control.

The Beijing-drafted law for Hong Kong, which took effect last month, punishes what China broadly defines as subversion or collusion with foreign forces with up to life in prison. It has been widely condemned abroad.

According to Hong Kong media, HKETCO had 13 staff positions in Taiwan. It was unclear which two staff had left.

The Bureau said its work to promote economic and cultural exchanges between Hong Kong and Taiwan was ongoing and had not been “seriously affected at the moment” by the visa rejections. 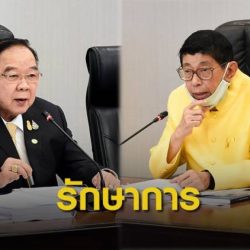