Premchai and three other individuals, including his driver Yong Dodkrua, hunter Thanee Thummat and housemaid Nathee Riamsaen, were arrested by officials of Thung Yai Naresuan Wildlife Sanctuary, in Kanchanaburi province, at their jungle camp in February 6th, 2018. The carcasses of protected animals, such as a black leopard, barking deer and Kalij pheasant, were found in and near the camp.

They were indicted on charges of carrying firearms in public without a licence, poaching in a wildlife sanctuary, poaching of protected animals, illegal possession of carcasses of protected species, illegal hunting for forest products and attempting to conceal the commission of an offence.

On March 19th, 2019 the Criminal Court reached the following verdicts:

On December 12th, 2019 the Appeals Court released its decision, via the Thong Pha Phum provincial court, wherein all the guilty parties had their sentences increased.

All except Nathee appealed the verdicts to the Supreme Court and they are currently free on bail.

Separately, Premchai was also found guilty on charges of bribery and illegal possession of firearms by appeals courts last year. He was granted bail on both charges and vowed to fight the cases in the Supreme Court. 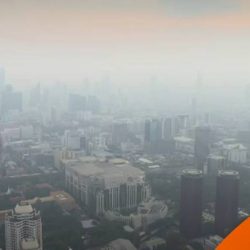 Worsening air quality in Bangkok, provinces nearby forecast through next month