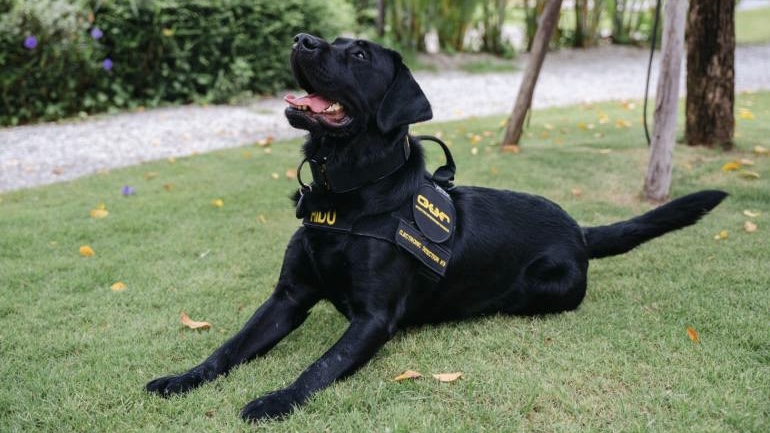 Thai police dealing with human trafficking and sexual abuse of children cases have recently been provided with some extra help, in the form of a two-year-old Labrador Retriever sniffer dog, thanks to Operation Underground Railway (OUR), an international organisation dedicated to combatting such offences.

Named “Hidu”, which means to sniff in the Malay language, the dog is one of 85 of its kind in the United States. Its handler, Christie, said that she thought Hidu would be sent to Malaysia, but it was sent to Thailand instead and she is happy to be here and she loves the name Hidu, because it is the outstanding feature of the dog.

Hidu is trained to identify Triphenylphosphine oxide, a heat resistant substance used in all electronic devices, according to Christie. The dog can seek out electronic devices, such as cellphones, laptops and SIM or a memory cards buried in shallow holes, in water or under a thick mattress. 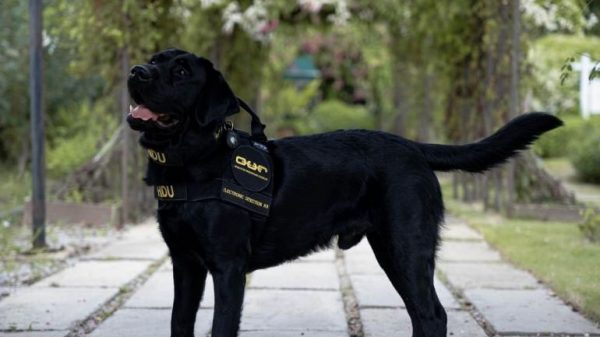 Before being sent to Thailand in August, Hidu worked helping disabled people in the United States, before being sent for training in detecting electronic devices under the Jordan Detection K9 program.

Hidu’s first well known achievement was the ability to sniffout a cell phone, which was hidden deep under a thick mattress in a sexual abuse case in Mexico City.

Christie, however, said that, for the dog’s safety, its handler will first check a suspect location, to ensure it is safe. Then, the dog searches for electronics which may be hidden there.

Since Hidu is familiar with cold weather, she said that the dog is not used to the higher temperatures in Thailand and may tire easily.

To order the dog to do its job, she said she simply says “Seek” and Hidu will start sniffing around until it senses the chemical substance that is used to coat electronic gadgets or a memory card.  After sensing the substance, Hidu will sit tight and she will say “Show me” and it will seek out the hidden material. 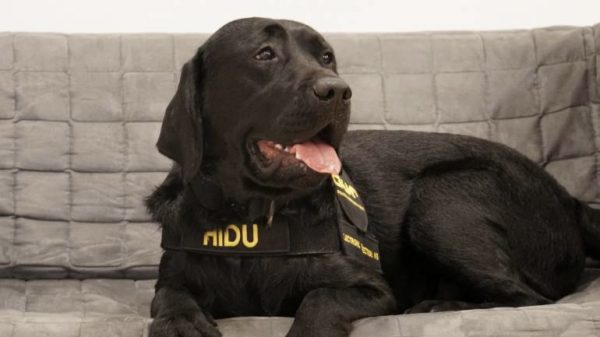 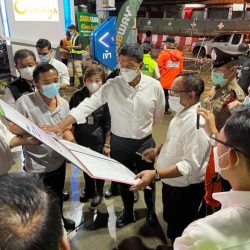 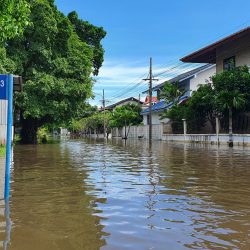