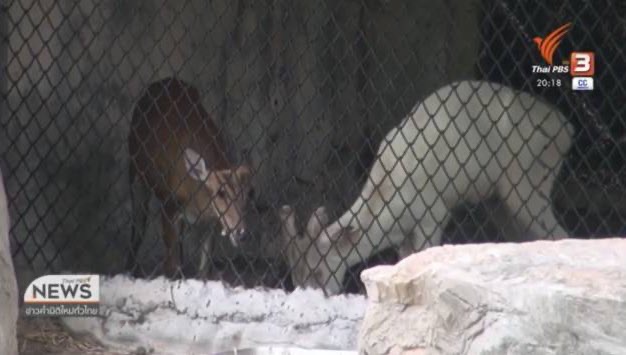 A senior official of a state-run zoo, in Thailand’s southern province of Songkhla, shot himself to death in an apparent suicide, at his home in the zoo today (Saturday) after he had allegedly murdered the Director of the Zoological Park Organization of Thailand (ZPOT), Mr. Suriya Senpong.

The official was identified as Mr. Phuvadol Suwanna, chief of the conservation and research section of Songkhla Zoo.

Mr. Phuvadol was among four officials at the zoo who are under investigation for the disappearance from the zoo of two white barking deer in February and last month.

Mr. Suriya was shot dead in the zoo compound this morning, as he was investigating the disappearance of the deer.

According to Mr. Apidet Singhaseni, the Deputy Director of ZPOT, the zoo used to have three white barking deer, donated by HM Queen Sirikit. They were named Khun Thian, Khun Poom and Khun Park.

Khun Thian died some time ago and Khun Poom and Khun Park went missing in February and last month respectively. It is thought that they were sold to a wildlife trafficking gang.

Remains of what are believed to be Khun Poom were, however,found in the open park. It is believed that it might have been eaten by a python, but no DNA test was conducted to verify that they were the remains of a barking deer.

The Director of Songkhla Zoo, Mr. Chalermwuth Kasetsomboon, has been transferred to an inactive post at ZPOT in Bangkok, pending the outcome of the investigation.

Mr. Chatuporn Burutpat, the Permanent Secretary of the Natural Resources and Environment Ministry, told Thai PBS that the killing of the ZPOT director was unprecedented, adding that the motive might be linked to the missing deer.

He said that he has ordered officials to arrange financial support for Mr. Suriya’s family and to find out the true motive behindthe shooting.

Mr. Atthaphol Sriherun, former director of Khao Kheow Open Park in Chon Buri province, said that animals do go missing from zoos and it is a common practice for zoos to submit reports of animals in zoos to ZPOT.

As for the missing barking deer, he said he didn’t think the animal would fetch a high enough price to tempt officials to risk selling them to wildlife traders. 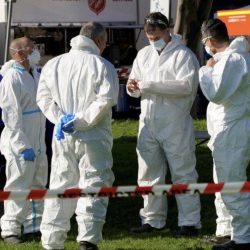 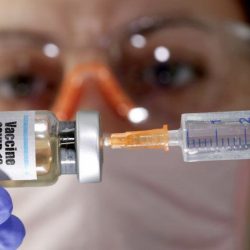