The demand for jet MRO services in Thailand is growing as the country is becoming an air travel hub of Asean and the government was implementing a plan to further expand its international airports with an aim to increase the their capacity to receive 185 million passengers and hundreds of thousands of more flights a year, he said.

The government plans to implement a 200 billion baht project to build a so-called “aviation city” in its flagship Eastern Economic Corridor (EEC) scheme, to attract major airlines to open their offices in the aviation city, he said.

Several investment privileges are also being offered in the aviation industry and the aircraft part manufacturing industry, he said.

“These make me confident Thailand will become a leader in Asean’s aviation and aircraft part production,” he said.

From his previous discussions with foreign investors and international aviation giants, Mr Somkid said he has found that they were highly interested in investing in the aviation businesses in Thailand.

These investors and major international aviation companies were referring to Thailand as “the world’s aviation hotspot”, which Mr Somkid thought was an opportunity for Thailand to become Asean’s aircraft MRO hub.

The country will have to further develop its capacity to keep up with the growing demand for aircraft MRO services in Asean where the aviation market growth now is almost the fastest in the world, he said. 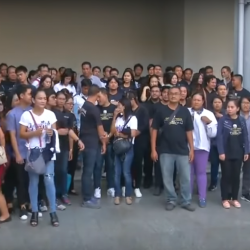 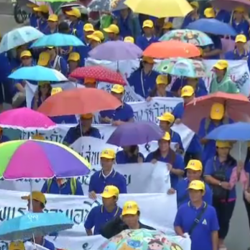