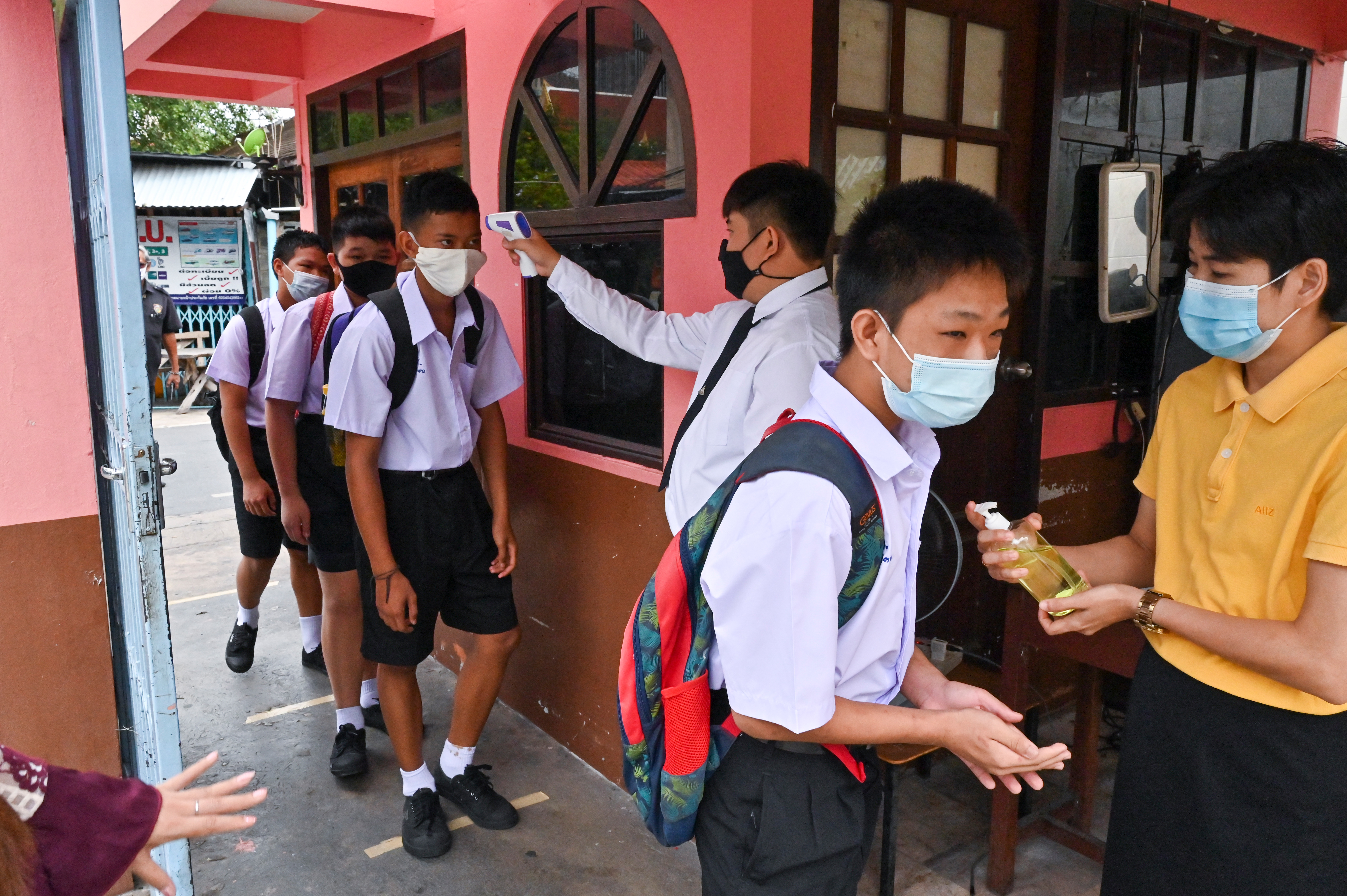 Students have their temperatures checked and receive hand sanitiser to disinfect their hands as they arrive at the Makkasan Phitthaya government secondary school in Bangkok on July 1, 2020, as schools reopened after being temporarily closed due to the threat of the COVID-19 novel coronavirus. – Children across Thailand, some of whom have been kept at home under self-quarantine by their parents due to coronavirus fears, have now returned to their classrooms as all schools reopen in the country, though authorities recommended that class sizes be restricted to 20-25 students while doorknobs, desks and other areas at risk of spreading infection be sanitised frequently throughout the day. (Photo by Romeo GACAD / AFP)

Six municipal schools and two nurseries in Thailand’s eastern province of Rayong are to be closed from tomorrow (Tuesday) until further notice, as a precautionary measure, after members of an Egyptian military delegation visited a mall and other venues in the province last week.

The students, except children at nurseries, will learn through online platforms.

One of the soldiers was found to be infected with COVID-19 and it is not known yet whether he was among the group who ventured out of their hotel, to go shopping and sightseeing, during their brief stay in Rayong.

The Taksin Rayong College of Technology also announced its closure from tomorrow until Friday for the same reason.

Deputy Public Health Minister Sathit Pitutaecha, meanwhile, pleaded with residents of Rayong province to have faith that medical personnel will be able to contain any possible spread of the disease.

He said authorities concerned, including the military and the Civil Aviation Authority of Thailand, have been investigating how the Egyptian military delegation was able to venture out of their hotel without supervision by local authorities. 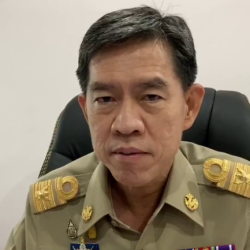 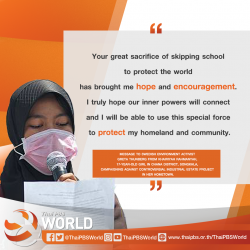