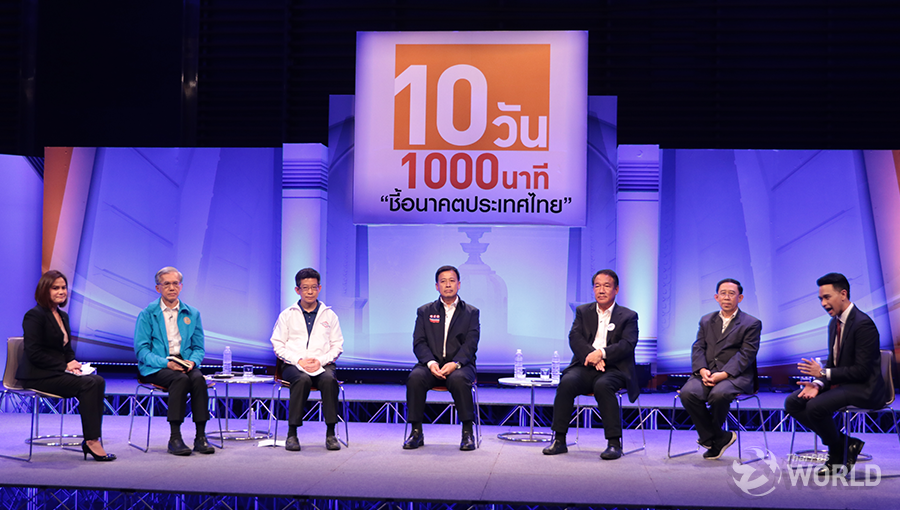 Representatives of five political parties offer their platforms on basic economic problems during an election forum organized by Thai PBS on Tuesday.

Tackling bread-and-butter issues was the focus of the debate of representatives of five political parties taking part in an election forum organized by Thai PBS on Tuesday night.

They took a common stand in trying to reduce economic disparity and raise income for the poor and those in the agricultural sector. However, each offered different approach in dealing with the problems.

Kittiratt Na-Ranong of Pheu Thai Party vowed to push for a more effective scheme to help lift the livelihood of farmers.   It was Pheu Thai Party which initiated the controversial and costly rice-pledging scheme that was a major cause of the Yingluck government’s downfall.

Kittiratt said if the party returns to power it would introduce a new approach in addressing the issue of paddy prices, which includes extending loans to farmers to help them delay their paddy sales, rice pledging at market price, increasing the purchasing power of rice-millers, and using of subsidies to ensure proper incomes for rice farmer.

Kobsak Pootrakool of the pro-junta Palang Pracharat party pledged to use market mechanisms to ensure fair income for farmers.  He emphasized the party’s policy to provide a harvest subsidy of 70,000 baht for every 20 rai of paddy fields.

Pisit Leeahtam of the Democrat party vowed to introduce an income guarantee scheme for farmers to shield them from effects from fluctuating paddy prices, along with measures to prevent corruption in the process.

Mingkwan Sangsuwan of the Setthakij Mai party pledged to bring back what he described as the glory days of farmers when paddy prices hit the ceiling while he was deputy prime minister of the Samak government. 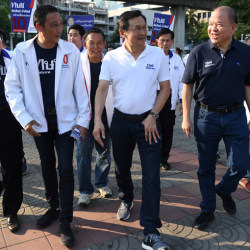