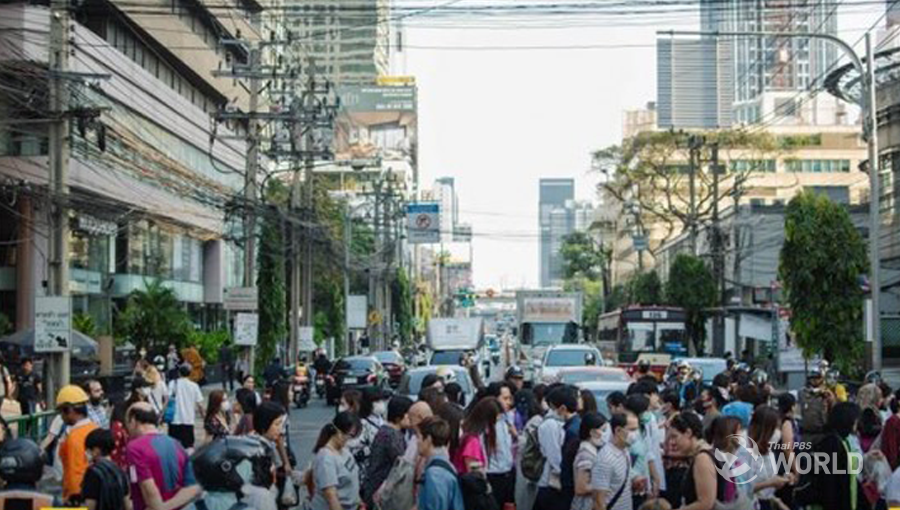 Smog problem in and around Bangkok has worsened today with 41 areas being affected with excessive amount of PM2.5 dust particles, particularly along both sides of Rama II road in Muang district of Samut Sakhon province.

The Pollution Control Department reported that, at 7 am this morning, air quality index (AQI) on the roadsides of Rama II road in Samut Sakhon’s Muang district  was registered at 229, making Samut Sakhon the worst-affected province with the highest amount of accumulated PM2.5 dust particles, far exceeding affected areas in Bangkok.

Since Rama II is the main artillery leading to southern provinces, the road is busy with traffic, especially trucks, almost 24 hours a day.  On top of that, the province is dotted with industrial factories of different sizes.

Air quality in and around Bangkok is worse today compared to yesterday, with excessive amount of PM2.5 dust particles beyond 50 micros level being reported in 24 roadside areas and 17 other areas which are farther away due to morning fog, poor air circulation and absence of rain as well as wind despite the efforts by agencies concerned to implement all the immediate measures ranging from road cleanup, water spraying, tightened checks of smoke-belching cars to cloud seeding. 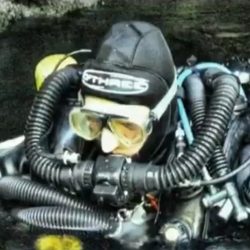 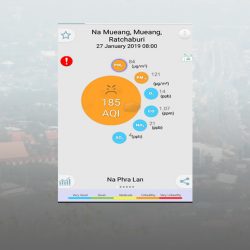 Ratchaburi province hit by smog for the first time