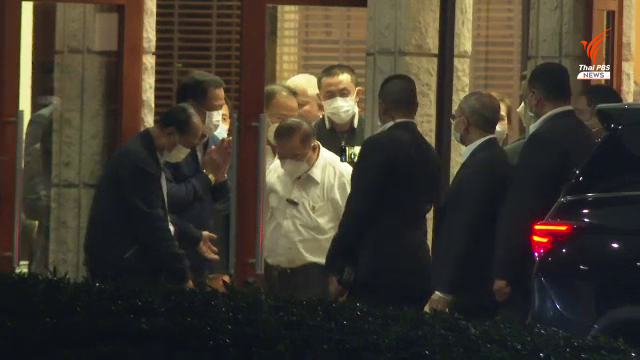 Prime Minister Prayut Chan-o-cha told leaders of the governing coalition and smaller pro-government parties that there would be no reason for him to dissolve the House if they all cooperate with each other and support the government.

The assurance was offered during an informal dinner meeting last night (Thursday).

He claimed that there were no demands for cabinet seats from small parties during the get-together, adding that the leaders of small parties, who earlier dined with Thammanat Prompao, former secretary-general of the Palang Pracharath party (PPRP), were also present last night.

Thammanat was sacked as a cabinet member in September 2021 and, subsequently, from the party in January this year following a fallout with the prime minister and other key PPRP members. While at the party, he helped mediate any tensions or problems the small parties may have had. He also helped PPRP candidates to win by-elections. It is expected that Labour Minister Suchart Chomklin may take over the job of liaising between smaller parties and the PPRP.

Ravee also said that relationship between the smaller parties and the prime minister will improve if they have more opportunities to meet with him.

The prime minister suggested that those at the meeting take a look at the government’s performance over the past several years and assess whether it has made progress or not.

Meanwhile, another smaller party leader, Chatchaval Kong-udom, said the prime minister told those gathered that he is very tired, has no free time to travel and does not want to die while clinging to the premiership.

There was a jovial atmosphere during the meeting, which lasted about one and a half hours. All the participants were seated at two rows of tables facing each other, in what the prime minister described as an indication that they are all equal, despite the size of the party they represent, because all of them were elected by the people. 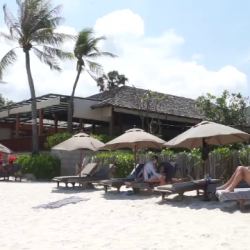