Six alleged drug couriers, believed to be hill tribesmen, were killed in a clash with Thai security forces in the jungle, about 100 metres from the porous Thai-Myanmar border, in Mae Fah Luang district of the northern province of Chiang Rai Monday night.

The security forces, from the Pha Muang task force, also seized 1.8 million methamphetamine pills from knapsacks left at the site of the clash.

Acting on a tipoff that a drug caravan would use a jungle route in Mae Fah Luang sub-district to smuggle illegal narcotics into Thailand, the Pa Muang task force then dispatched a unit of troops and para-military rangers to lay in wait and to intercept them.

The security forces found a group of about 15 men on a jungle trail and ordered them to stop, only to come under fire, triggering a 15-minute gunfight.

When the gunshots died down, the security forces remained in their positions and waited until daybreak. They the combed the area and found six alleged drug couriers dead.

Colonel Chatri Sanguantham, deputy commander of the Pha Muang task force, said that the task force command had dispatched 80 teams of troops and rangers to police the borders with Myanmar in six northern provinces, to prevent the smuggling of illegal drugs and migrant workers into Thailand. 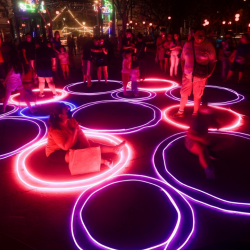