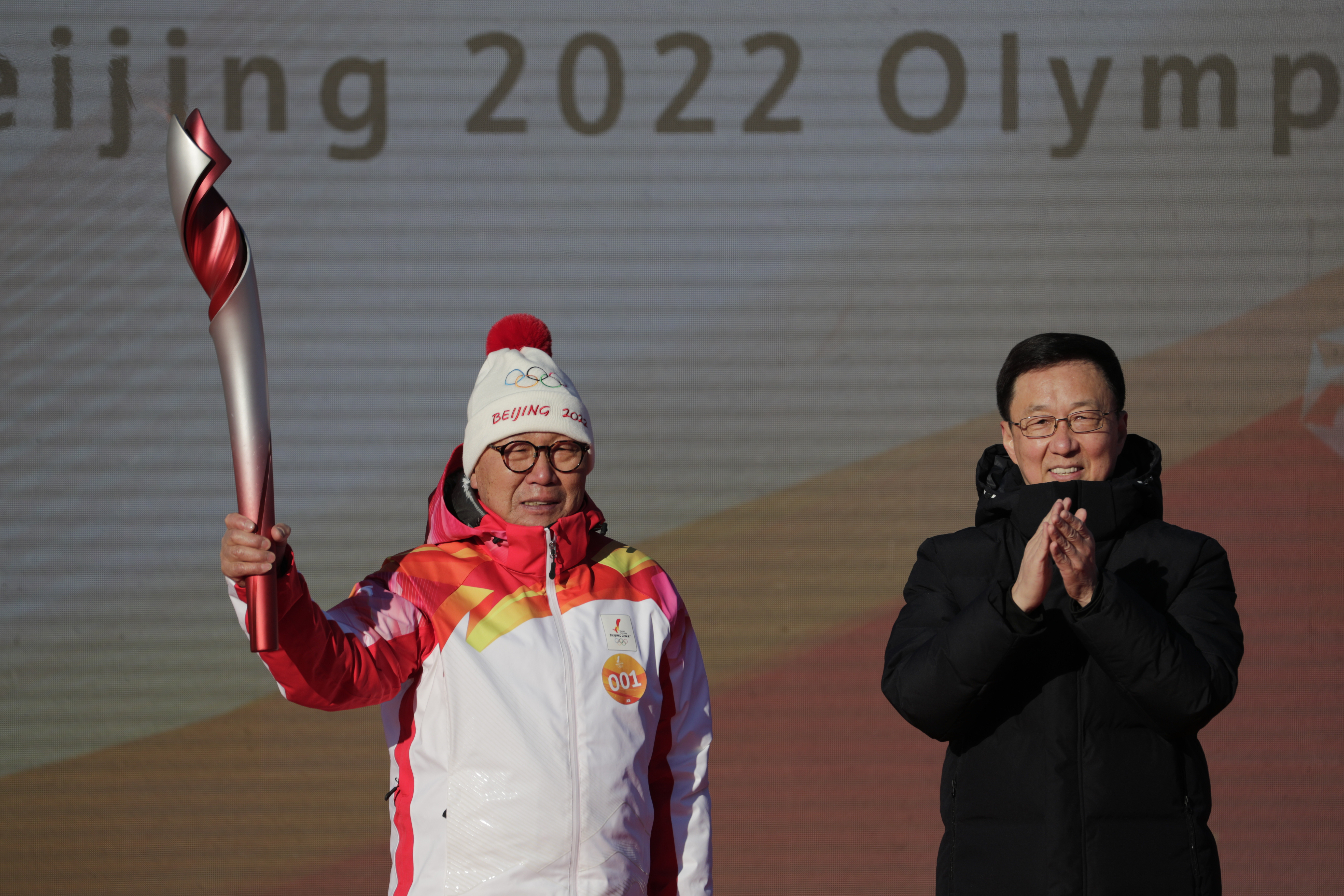 First Torch bearer Luo Zhihuan holds up the torch after receiving it from Chinese Vice Premier Han Zheng before the start of the torch relay for the 2022 Winter Olympics at the Olympic Forest Park in Beijing on Wednesday, Feb. 2, 2022./ AP

BEIJING (AP) — The three-day torch relay for the Beijing Olympics, shortened considerably because of concerns about the coronavirus, started Wednesday with an 80-year-old former speedskater carrying the flame.

The torch will be carried through the three Olympics zones, starting with downtown Beijing before heading to Yanqing district and finally Zhangjiakou in neighboring Hebei Province.

The Beijing Games have already been impacted on a scale similar to that experienced by Tokyo during last year’s Summer Olympics. China says only selected spectators will be allowed to attend events, and Olympic athletes, officials, staff and journalists are required to stay within a bubble that keeps them from contact with the general public.

Beijing, with its 20 million residents, has experienced only a handful of COVID-19 cases and reported just two new ones on Wednesday. However, in keeping with China’s “zero tolerance” approach to the pandemic, strict rules require lockdowns and mass testing when any real or suspected case is discovered.

The truncated program seemed to have little effect on Luo, who after receiving the torch from Vice Premier Han Zheng said it was the realization of decades-long aspiration.

“I’ve never participated in the Winter Olympics, so I had hoped our country could host the Winter Olympics and I had the dream for nearly 60 years,” said Luo, wearing a red and white jacket marked with No. 1. “Today my dream has come true … How happy I am!”

The opening of the Beijing Games comes only days after the start of the Lunar New Year holiday, China’s biggest annual celebration when millions traditionally travel to their hometowns for family reunions. For the second straight year, the government has advised those living away from home to stay put, and train and plane travel has been curtailed.

Participants in the torch relay have undergone health screenings and have been carefully monitored, starting from two weeks before the event.

The scaled-down torch relay is a far cry from 2008, when Beijing sent the Olympic flame on a global journey ahead of hosting that year’s Summer Games. The relay drew protesters against China’s human rights violations and policies in Tibet, Xinjiang and elsewhere, leading to violent confrontations and the cancellation of some overseas stages.

The Winter Games have been beset by similar political controversies, alongside medical considerations.

Six weeks ago, the United States, Britain and several allies said they would not send dignitaries to attend the Beijing Games as a protest against human rights abuses by the Communist Party regime.

Athletes have been threatened by the organizing committee with “certain punishments” for saying or doing anything that would offend their Chinese hosts, while several delegations urged anyone headed to Beijing to take “burner” phones instead of their personal devices because of concerns their personal information could be compromised.

The National Hockey League cited uncertainty caused by the pandemic to hold back all of its players from the Olympic tournament. And American broadcaster NBC said it won’t be sending announcing teams to China, citing the same virus concerns raised when the network pulled most of its reporters from the Tokyo Games. 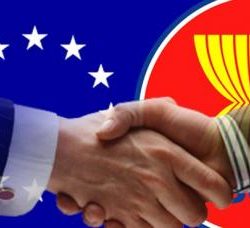 ASEAN and EU leaders plan to meet in Brussels in December