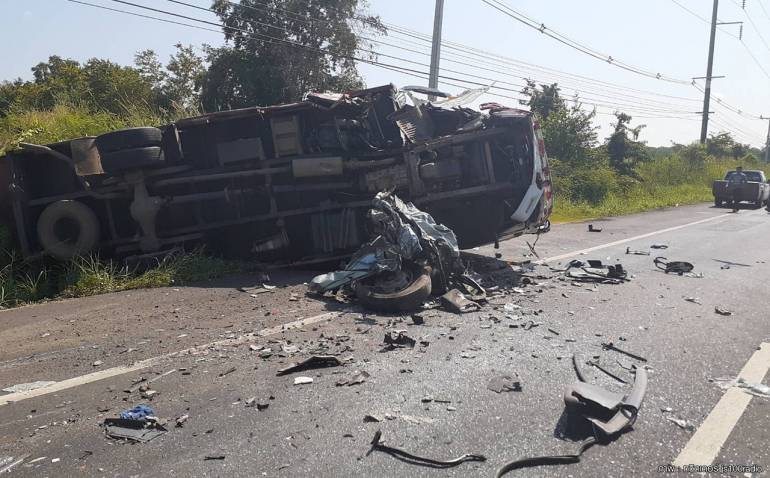 Seven passengers in a mini-bus were killed and four others, including the driver, were seriously injured when their vehicle crashed into a six-wheel truck on a highway in Warin Chamrab district of Thailand’s north-eastern province of Ubon Ratchathani this morning (Wednesday).

According to eyewitness accounts, the passenger van, with a Chon Buri license plate, apparently travelling at high speed, lost control, crossed into the opposite lane and collided head-on with an oncoming six wheeler.

The impact of the collision completely destroyed the van, while the truck flipped onto its side.

Two monks, two women and three other men travelling in the van were killed instantly.  Four others, including the driver, whose identity was not known at the time of this report, suffered serious injuries and were rushed to nearby hospitals by rescue workers. 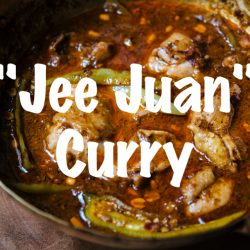