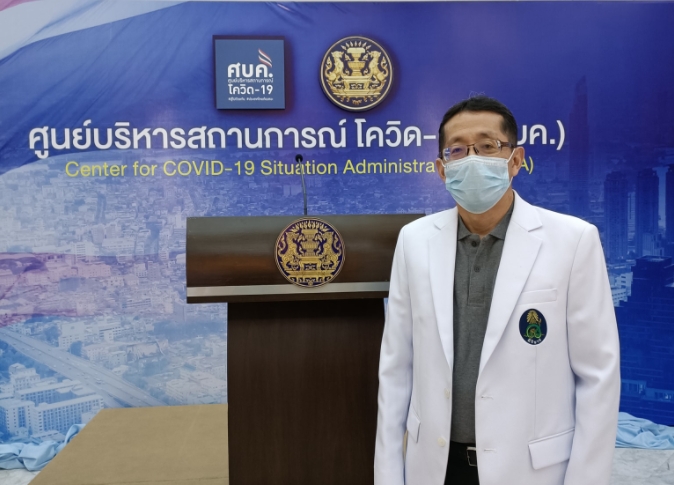 A prominent doctor has suggested a seven-day lockdown of Bangkok, to curb the spread of COVID-19 as the number of new infections is increasing.

Describing the situation as “desperate, without many options,” Assoc. Prof. Dr. Nitipatana Chierakul, chief of the respiratory disease and tuberculosis division of the Faculty of Medicine at Siriraj Hospital, posted on Facebook today (Wednesday) that daily new infections keep increasing in the capital, with a likelihood they will rise well beyond the thousands per day.

He also stated that the discovery of new cases in hospitals accounts for over 10%, and that more children, elderly and those with high-risk diseases are being found infected during this wave than during previous outbreaks, signaling that the pandemic has spread further into communities.

Dr. Nitipatana said that the situation will lead to a shortage of hospital beds, with less than 5% capacity remaining. This means that the beds will be allocated mainly to severe cases, displacing those with less severe symptoms who will then need to be treated elsewhere. The lower standard of treatment received may lead to yet further spread of the virus, he said.

The doctor said that the sure answer to preventing a fourth wave of COVID-19 infections is to lockdown Bangkok for at least seven days, to fix the existing issues and to prevent other problems from developing.

Most importantly, if the lockdown is imposed, people in Bangkok must be banned from travelling to other provinces, which authorities failed to ban during the Songkran holidays.

Previously, Dr. Nitipatana has voiced his concern over the premature reopening of Thailand to foreign visitors in four months, as announced by Prime Minister Prayut Chan-o-cha last week, pointing out that the mass vaccination of 50 million people in the country should not be the only consideration when making such a decision.