The Star Petroleum Refining Company (SPRC) has sent an urgent notice to the Thai Marine Department’s office in Rayong province, seeking permission to access an offshore mooring platform to repair the flexible undersea oil pipeline after a second rupture was found.

The company said that oil occasionally trickles out of this second crack into the sea, but there is a high risk that more of the residual crude oil in the pipeline will leak out when the seas get rough, which is why it must be repaired and sealed quickly.

In performing the delicate maintenance work, the company said it plans to deploy at least ten vessels, to lay booms around the maintenance site, and at least another three equipped with dispersant as a safety measure.

During the maintenance work, divers and underwater unmanned submersibles will be deployed at the site of the rupture. An airborne drone will also be used to observe operations from the air.

Meanwhile, at the bay area of Mae Ram Phueng beach, Pornthip Viraphand, the public relations manager for SPRC, met with vendors and business people who have not yet filed claims for compensation from the oil company, to explain the conditions which must be met to make a claim and how to register them. About 70 claims were filed shortly afterwards. 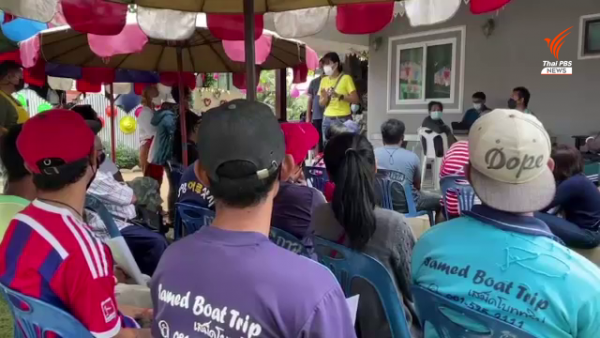 Pornthip apologised to those attending the meeting for the delay in seeing them, as she asked those affected by the oil spill to lodge complaints with the provincial government complaint centre (Damrongtham Centre), instead of the police.

So far, more than 7,700 claims have been filed for compensation from SPRC.

The first major oil spill took place on January 25th, when about 47,000 litres of crude oil leaked out of a ruptured pipeline at the offshore mooring platform. Large patches of oil, which escaped the booms, were washed ashore at Mae Ram Phueng beach, prompting a major clean-up operation and the closure of the beaches to all tourists and businesses and a ban on fishing in the seas off Rayong.

The second spill occurred on February 10th, when about 5,000 litres of oil, left in the broken pipe, spilled out when it was lifted for repairs. Most of the spilt crude was, however, quickly contained. 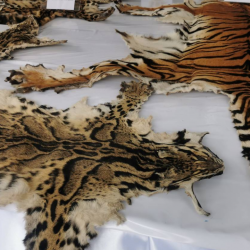