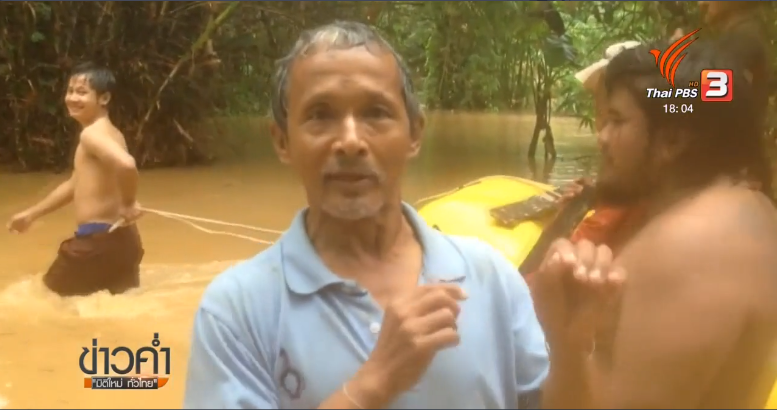 More than 300 houses in Sangkhla district of Kanchanaburi province were half-submerged today,  stranding many residents after the district was lashed by heavy rains caused by depression Son Tinh.

Mr Somchai Wuththimonwittaya, president of Lowo tambon administration organization, who made an inspection trip to three flooded villages in Sangkhla district reported that water level averaged one metre, making it impossible for many residents to leave their houses while schools were also closed.

Officials set off in boats to remove debris washed by strong currents and got stuck  on bamboo poles which serve as supporting platform for the famous  Uttamanusorn wooden bridge or Saphan Mon.

The debris removal attempt is to prevent the bridge from collapsing as was the case five years ago when the bridge caved in from strong currents and debris washed downstream by the currents.

Mr Wichien Chinnawong, chief of Thung Yai Naresuan wildlife sanctuary, said all his men had been evacuated from the office which was heavily flooded with flood water reaching the second floor of the office.

The Department of Public Disaster Prevention and Mitigation reported on Friday morning that 11 districts and 34 villages in Trat, Phrae, Petchabun, Phitsanuloke and Prachuab Khiri Khan provinces were inundated as a result of heavy rains induced by depression Son Tinh.

67 provinces in the Northeast, North, central and southern regions were warned by the department to brace for heavy rains from Son Tinh and the strengthening of southwestern monsoon looming over the Andaman Sea and the Gulf.

Government to try to protect Wild Boars' rights to privacy 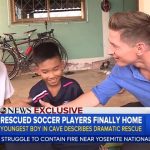