Sacked, ousted and still on top: The rollercoaster career of Thammanat Prompao 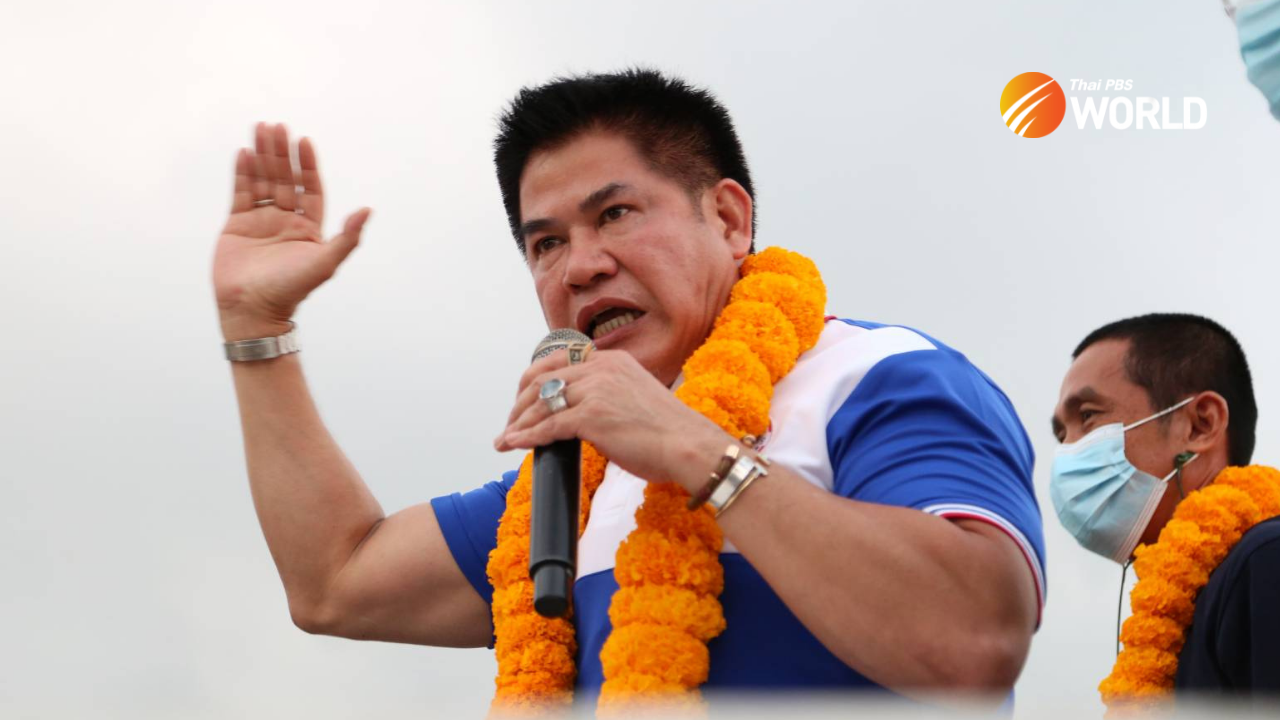 Thammanat Prompao’s ouster from the ruling Palang Pracharath Party last week for “causing serious division” was only the latest twist in this political dealmaker’s rollercoaster career.

Palang Pracharath’s surprising and suspicious decision — supported by 78 party executives and MPs — was described by analysts as an arranged deal to settle a long-standing feud between Thammanat and his party rivals.

The former party secretary-general and 20 other MPs in his faction are expected to join a small political outfit called the Thai Economics Party, which currently has no MPs but is thought to be linked to a senior coalition government figure. The MPs have 30 days to find a new party after their expulsion.

Thammanat, 56, has experienced highs and lows in the ruling party — gaining a Cabinet seat despite his questionable background, rising to become the ruling party’s No 2, but then getting sacked from government and finally being expelled from the party.

Elected MP for the first time

Although he began his political career in 1999, it took 20 years before Thammanat finally succeeded in becoming an MP by winning a seat at the March 2019 general election under the Palang Pracharath banner.

Back in 1999, he had joined a new political party called Thai Rak Thai, headed by businessman-turned-politician Thaksin Shinawatra.

After Palang Pracharath managed to form a coalition government led by Gen Prayut Chan-o-cha, Thammanat was appointed deputy agriculture minister. He was handed the post despite questions about his past, including a drugs conviction in Australia for which he served four years in prison and controversy over his education credentials. 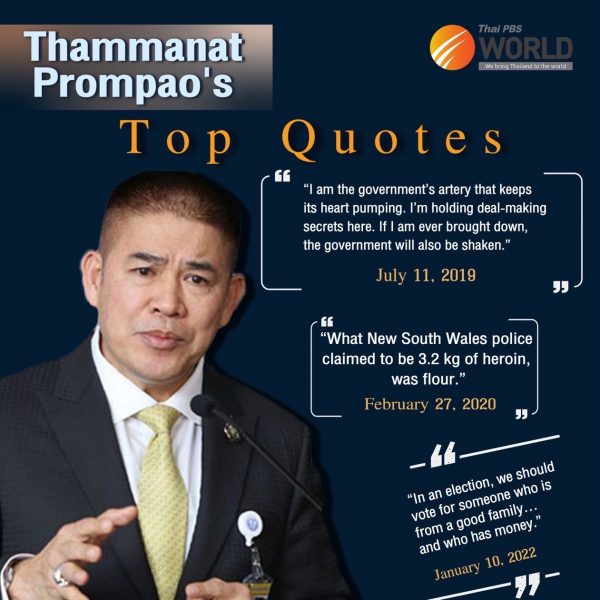 Thammanat proceeded to strengthen his position, managing to rise above rival party heavyweights with his dealmaking and troubleshooting skills. His strategy was credited with securing Palang Pracharath victories in several by-elections from late 2019 until early 2021.

He also managed to gain the trust of Palang Pracharath leader Gen Prawit Wongsuwan, who is also deputy prime minister and was assigned to oversee 14 party MPs from the South. Thammanat eventually succeeded in securing the powerful post of party secretary-general, considered second only to the leader.

Thammanat’s stature received a crucial boost in May last year when the Constitutional Court ruled he was eligible to retain his ministerial post despite being sentenced to prison in Australia for drug trafficking in 1994.

As per the Constitution, only a jail sentence handed down by a Thai court would bar the offender from holding a government post, said the ruling.

A key turning point for Thammanat came during the latest censure debate against PM Prayut and some of his Cabinet in August last year.

Thammanat was suspected of plotting to unseat PM Prayut by lobbying coalition MPs not to support him in the no-confidence vote. However, Prayut managed to secure a majority in the vote, albeit a smaller one than most other targeted ministers.

In early September, the PM sacked Thammanat and his ally, deputy labor minister Narumon Pinyosinwat, from the Cabinet.

Face-off with the PM

Thammanat enjoyed strong ties with Gen Prayut in the beginning when the PM spoke up in his defense more than once. However, all that changed after the censure debate, culminating in Thammanat’s dismissal.

However, the conflict rumbled on after Thammanat managed to retain his powerful party seat, becoming a thorn in the side of the PM. Thammanat’s move has left the coalition with an even thinner majority, highlighted when a recent House meeting collapsed because it failed to reach a quorum after being boycotted by his faction of MPs.

Slip of the tongue

The final curtain on Thammanat’s Palang Pracharath career fell during campaigning for Songkhla’s Jan 16 by-election, when he urged locals to vote for a candidate “from a family with pedigree and wealth”.

His speech was played up by the rival Democrat Party, which portrayed his words as an insult to southerners. The rhetoric appeared to work as Democrat candidates managed to win by-elections in both Songkhla and Chumphon.

Thammanat was quickly blamed for Palang Pracharath’s double defeat, which worsened the rift with his party rivals. It was agreed that the row could only be ended by ousting Thammanat and his faction.

However, this was a win-win solution for both sides: the ousted MPs can retain their parliamentary status by joining a new party while Thammanat’s rivals were able to get rid of him.

US draws down Ukraine embassy presence as war fears mount