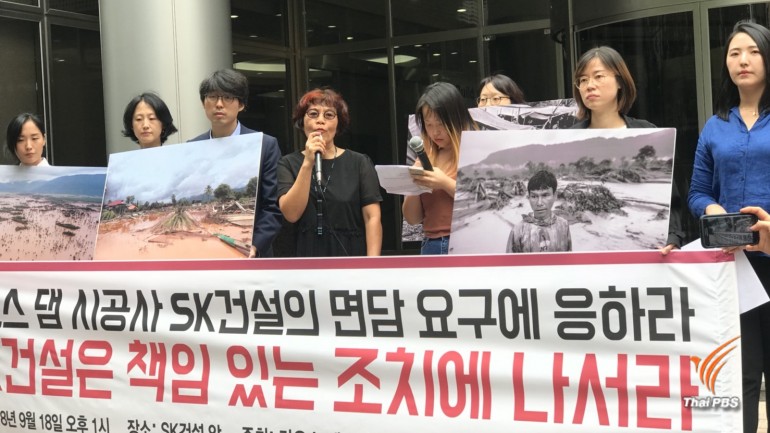 A small group of representatives of two South Korean civic groups rallied in Seoul in front of the SK Engineering & Construction Company, builder of the Xe-Pian Xe-Namnoy hydro-electric dam in Laos, to demand responsibility from the company’s management for the collapse of a saddle dam on July 23 which left 40 people dead, 66 missing and massive destruction to properties.

The company, said a member of the civic groups, has so far not disclosed details about the actual cause of the collapse of the dam to the public.

The other South Korean firm involved in the dam project, KOWEPO, has agreed to attend the panel discussion and to explain its responsibility toward the victims.

The two civic groups also wanted the South Korean government  to show responsibility for tragic incident.  Officials of the groups have met with a South Korean lawmaker in charge of energy affairs who reportedly said that he did not have much information about the matter because reports from KOWEPO and SK Engineering were conflicting.

Civic groups from Thailand, South Korea and Cambodia issued a joint statement in front of SK Engineering Company on Tuesday, demanding the dam builder to show responsibility for the incident.

The groups also raised questions about the quality standard of the dam in Laos.