He said that Defence Permanent Secretary General Warakiat Rattananont signed an approval for the winning bid yesterday and that a formal contract for the acquisition of the drones is expected to be signed within 30 days, between the RTN and Elbit Systems’ representative in Thailand.

The procurement has been approved by the Comptroller Department and an official public announcement will be issued after the formal signing of the contract.

Five companies, one each from Turkey, China and the United States and two from Israel joined the RTN’s bid. The suppliers from China and Turkey proposed three UAVs, while Elbit Systems proposed seven and the other Israeli company, IAI, proposed five. The US bidder failed the screening test.

The drones will be deployed at coastal naval bases.

The Hermes 900 Kochav is an Israeli medium-size, multi-payload, medium altitude, long-endurance unmanned aerial vehicle designed for tactical missions. It is the successor to the Hermes 450 series. It has an endurance of over 30 hours and can fly at a maximum altitude of 30,000 feet, with a primary mission for reconnaissance, surveillance and communications relay.

Earlier, two opposition Pheu Thai MPs Yutthapong Charassathien and Anudit Nakorntap accused the RTN of not being transparent in the procurement of the drones when they changed from Chinese-made, Wing Loong, to favour the Israeli-made drones and that the Hermes 900 have not been deployed by the navy of any country and has a bad reputation for crashing.

The RTN dismissed the two MPs’ accusations and insisted that the procurement of the Israeli drones is transparent. 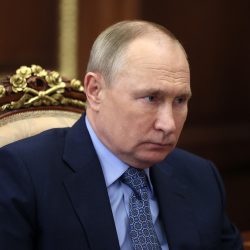