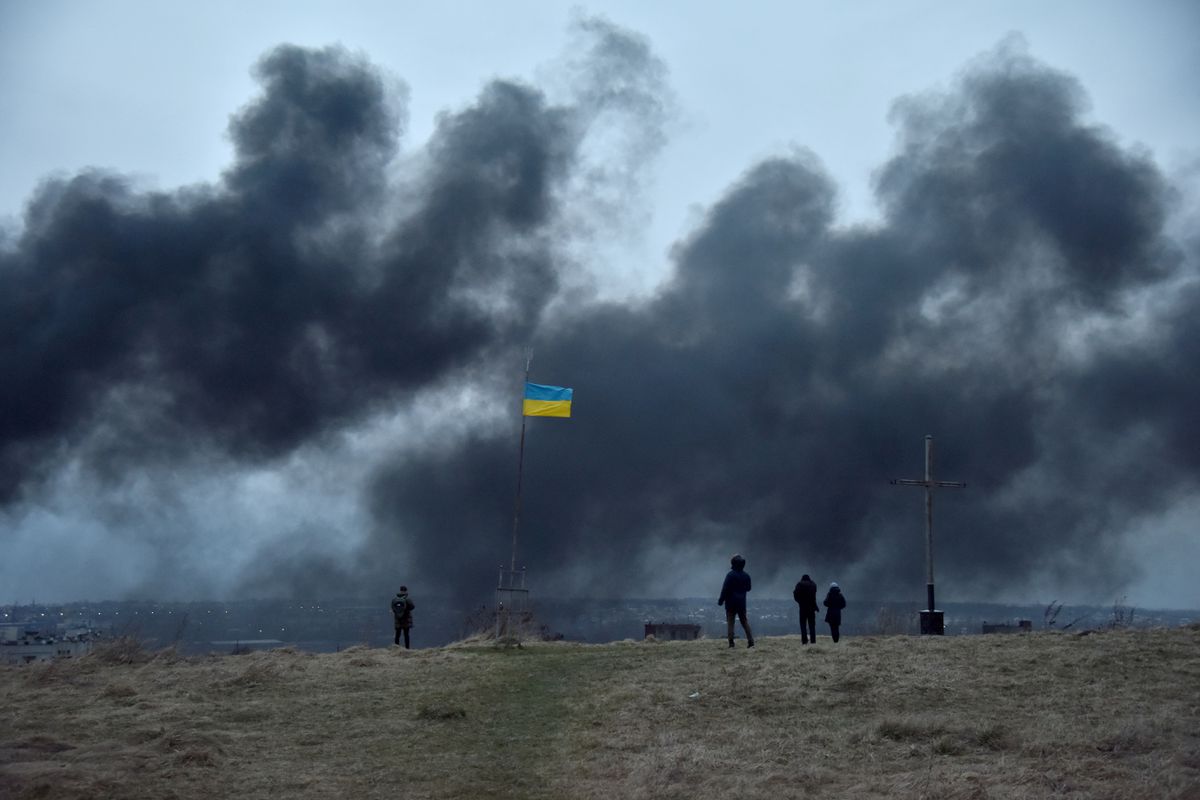 People watch as smoke rises after an airstrike, as Russia’s attack on Ukraine continues, in Lviv, Ukraine March 26, 2022. REUTERS/Pavlo Palamarchuk

Biden’s comments, an escalation of U.S. rhetoric towards Moscow over its invasion of Ukraine, were not a call for regime change in Russia, a White House official said later, but meant to prepare the world’s democracies for an extended conflict.

Just before he spoke outside Warsaw’s castle on Saturday, four missiles hit the outskirts of Lviv, just 60 km (40 miles) from the Polish border, local officials said.

He asked whether they were intimidated by Moscow, saying, “We’ve already been waiting 31 days.”

Biden, in a fiery speech ending a European trip aimed at bolstering Western resolve, framed the war as part of a historic struggle for democratic freedoms.

“For God’s sake, this man cannot remain in power,” Biden said. The Kremlin dismissed the comment, saying it was “not for Biden to decide”.

Biden, after meeting refugees in Poland, called Putin a “butcher”.

“We need to be clear-eyed. This battle will not be won in days or months,” he said. “We need to steel ourselves for a long fight ahead.”

Moscow says the goals for what Putin calls a “special military operation” include demilitarizing and “denazifying” its neighbour. Ukraine and its Western allies calls this a pretext for an unprovoked invasion.

Russia has failed to seize any major Ukrainian city and the conflict has killed thousands of people, sent nearly 3.8 million abroad and driven more than half of Ukraine’s children from their homes, according to the United Nations.

Ukrainian staff have continued to work at Chernobyl after the site of the world’s worst nuclear accident was seized by Russian forces. The International Atomic Energy Agency has expressed alarm about the situation.

In the encircled southern port of Mariupol, Mayor Vadym Boichenko said the situation remained critical, with street fighting in the centre. Mariupol has been devastated by weeks of Russian fire.

Reuters could not independently verify the accounts of fighting throughout Ukraine.

The United States, which has pledged billions in aid, promised an additional $100 million for field gear and civilian security assistance for Ukraine’s border guard and police.

Zelenskiy compared Mariupol’s devastation to the destruction inflicted on the Syrian city of Aleppo by Syrian and Russian forces in Syria’s civil war.

He warned of dire consequence if Ukraine – one of the world’s major grain producers – could not export its foodstuffs and urged energy-producing countries to boost output so Russia cannot use its oil and gas wealth to “blackmail” other nations.

The U.N. has confirmed 1,104 civilian deaths and 1,754 injuries in Ukraine and says the real toll is likely higher. Ukraine says 136 children have been killed. 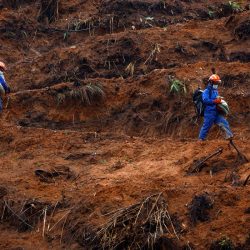 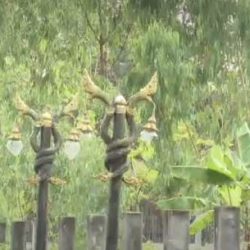