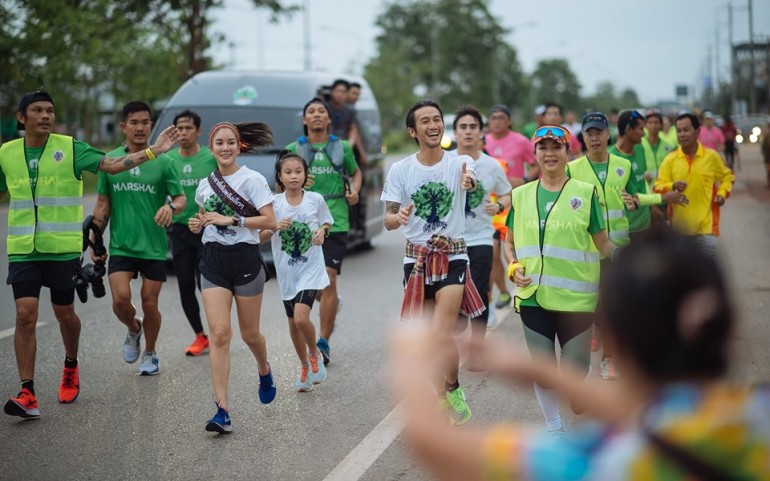 Artiwara “Toon” Kongmalai, who rose to national hero status in Thailand when he led a 2,215km, 55-day charity run and raised 1.37 billion baht for state hospitals in 2017, donned his running shoes again today (June 15th) in a bid to raise funds for another eight small and community hospitals in five northeastern provinces in his “Kao Kon La Kao” (Each Of Our Steps) charity run.

The 120-kilometre run started at 5.30am, joined by celebrities, volunteers and the public, at the First Thai–Lao Friendship Bridge in Nong Khai province and will end at Baan Non Yardnamklieng, Non-sa-art District of Udon Thani province.

The run is divided into 11 sections, each 9 to 11 kilometres long, and will be led by Thai celebrities. Mr. Artiwara himself will lead the first and last sections of the run. Another section of 70 kilometres from Udon Thani to Khon Kaen province will be carried by additional group of runners, bring the total running distance to about 190 kilometres.

The event raised over 14 million baht before the runners even reached the starting line this morning.

Dome Pakorn Lam, a movie star and singer, will take turns to lead the second section of the run and all sections are expected to completed by Sunday (June 16th). 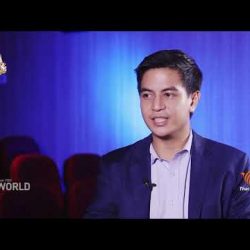 Former MP candidate of the Democrat party, Parit Wacharasindhu, after he called it quits 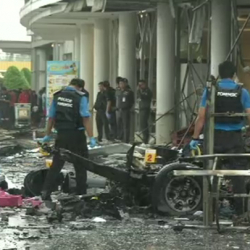