Richard Branson planning trip to space ahead of rival Bezos 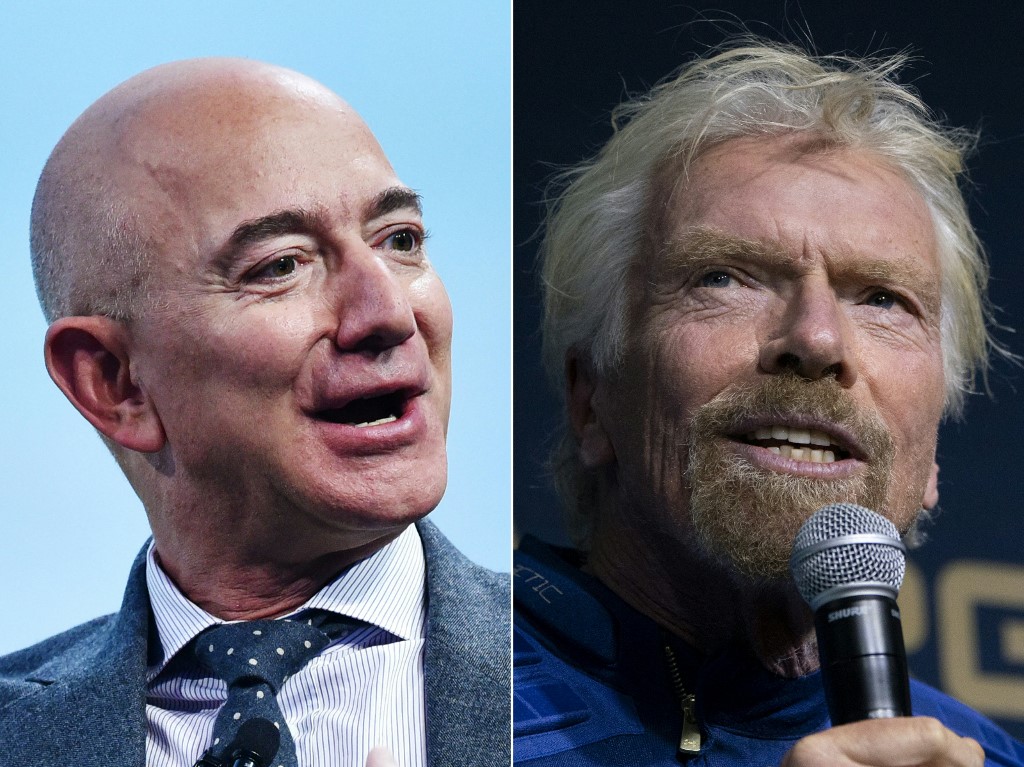 This combination of file pictures created on July 1, 2021 shows Blue Origin founder Jeff Bezos (L) speaking on October 22, 2019 after receiving the 2019 International Astronautical Federation (IAF) Excellence in Industry Award during the the 70th International Astronautical Congress at the Walter E. Washington Convention Center in Washington, DC, and Virgin Group founder Sir Richard Branson speaking at an event to unveil the first commercial space wear in Yonkers, New York, on October 16, 2019. – British billionaire Richard Branson plans to travel to space as early as July 11 aboard a Virgin Galactic spacecraft, his company said in a statement on July 1, 2021. If the schedule holds, Branson would make it to the cosmos before rival billionaire Jeff Bezos, the Amazon founder who said he would travel to space aboard a spacecraft belonging to his company Blue Origin on July 20. (Photos by MANDEL NGAN and Don EMMERT / AFP)

Washington, United States (AFP) – British billionaire Richard Branson one-upped his  rival Jeff Bezos on Thursday, announcing  that he too will travel to space — as many as nine days ahead of the Amazon founder.

Branson’s company Virgin Galactic said in a statement that he would be a “mission specialist” aboard the SpaceShipTwo Unity, which will go to space as early as July 11, “pending weather and technical checks.”

If the schedule holds, Branson would make it to the cosmos before Bezos, who said he would travel to space aboard the New Shepard launch vehicle belonging to his company Blue Origin on July 20.

The two billionaires have founded rival companies to take tourists on short flights to suborbital space.

Branson “will evaluate the private astronaut experience and will undergo the same training, preparation and flight as Virgin Galactic’s future astronauts.

“The Company will use his observations from his flight training and spaceflight experience to enhance the journey for all future astronaut customers,” Virgin Galactic said.

The company plans to livestream the flight.

Virgin Galactic’s spacecraft is not a classic rocket, but rather a carrier airplane that reaches a high altitude and releases a smaller spacecraft, the VSS Unity, that fires its engines and reaches suborbital space, then glides back to earth.

“I truly believe that space belongs to all of us,” Branson said.

“After more than 16 years of research, engineering, and testing, Virgin Galactic stands at the vanguard of a new commercial space industry, which is set to open space to humankind.”

After this flight, two more tests are expected before the start of regular commercial flights in 2022, according to Virgin Galactic. 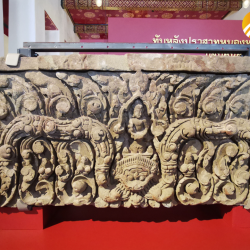 A tale of two lintels: The National Museum welcomes back Thailand’s long-lost treasures